WW2 Operations: D-Day and Beyond 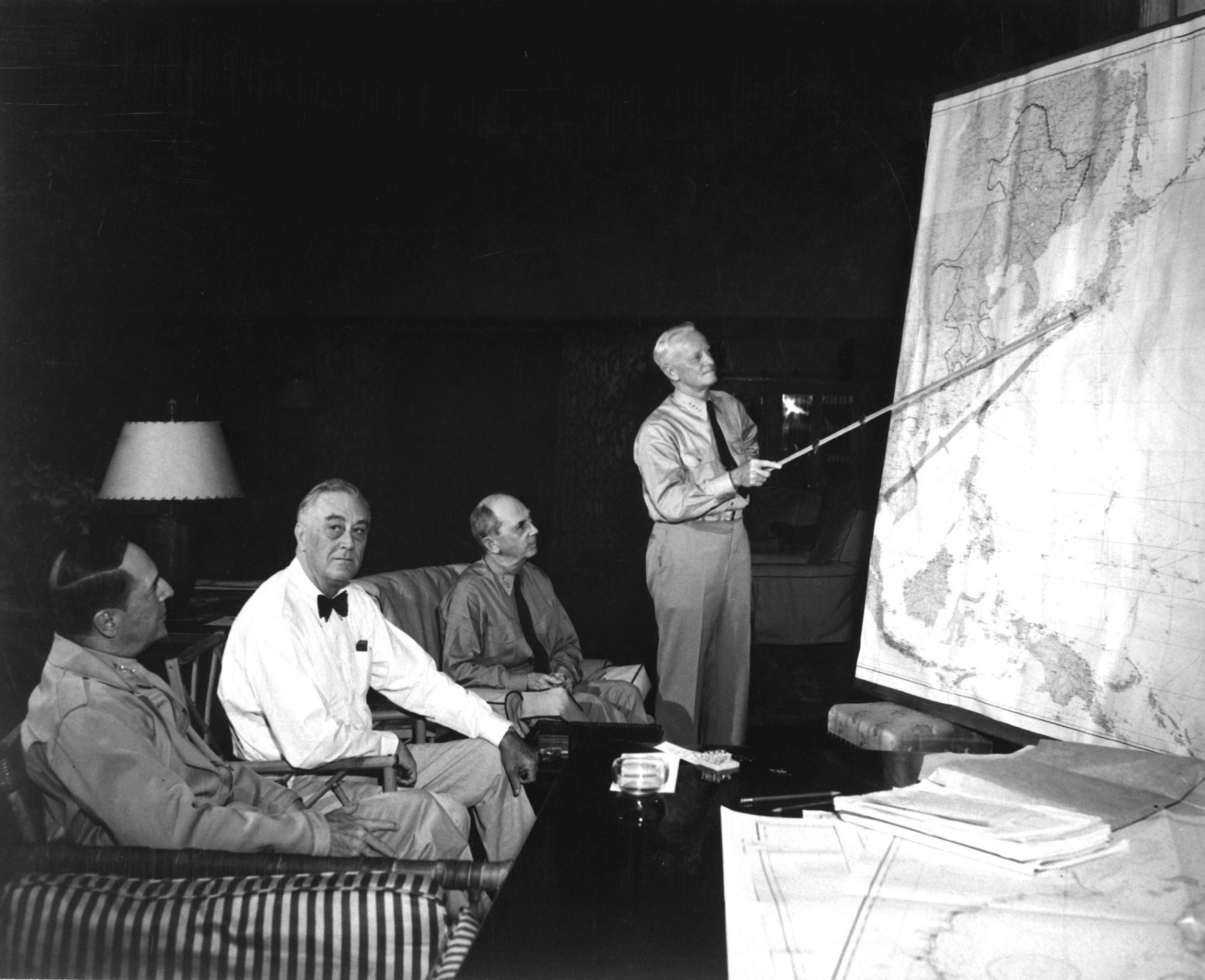 The following article on WW2 operations is an excerpt from Barrett Tillman’ D-Day Encyclopedia. It is available for order now from Amazon and Barnes & Noble.

The overall strategy that led to D-Day and other WW2 operations was part and parcel of multiple strategies of World War Two. Some were never executed, as realities on the ground made their implementation impossible. Here are significant operations of note:

The Anglo-American invasion of southern France in August 1944.

Original plans postulated simultaneous landings in Normandy and the Riviera, but the Allies lacked adequate shipping. Consequently, AnvilDragoon occurred nine weeks after Neptune-Overlord and involved many of the naval forces present off Normandy. Though Winston Churchill largely opposed the operation, the Mediterranean beaches later contributed nearly 40 percent of the logistics to the Anglo-American drive into Germany.

The combination of Allied deception plans for D-Day.

The buildup of Allied forces in Britain prior to Overlord.

The breakout from the Normandy beachhead, planned by Lt. Gen. Omar Bradley and his First Army staff. Following several delays, Cobra was launched on 25 July beneath a crushing carpet of bombs. The resulting moonscape from hundreds of Allied bombers either destroyed or trapped German forces in the area, but poor coordination between U.S. air and ground commanders resulted in hundreds of American casualties as well.

Part of a multifaceted global scheme to deceive the Axis as to Allied intentions. Cockade postulated an invasion of Occupied Europe in 1943.

The naval phase of the Normandy invasion. Briefly stated, its goal was to deliver Allied armies to the D-Day beaches, where the ground phase— Operation Overlord—would begin at the water’s edge.

Overall command of Neptune was the responsibility of Adm. Sir Bertram Ramsay, an extremely capable and highly experienced Royal Navy officer. He had worked closely with Gen. Dwight Eisenhower in the Mediterranean theater and had the supreme commander’s confidence.

A proposed plan for British and American landings in France during the latter part of 1942. Never seriously contemplated, Sledgehammer was a contingency measure in the event of impending defeat of the Soviet Union. The operation was largely of American origin and would have had the effect of mollifying Soviet premier Joseph Stalin’s demand for a second front, but it almost certainly would have failed.

An amphibious exercise conducted on the Devonshire coast from 22 to 30 April 1944, Tiger became the worst American training disaster of the Second World War. A stretch of beach called Slapton Sands in Start Bay was selected for Tiger because it resembled part of the Normandy coast. In the early morning of the 28th, five LSTs from Plymouth and three from Brixton embarked some four thousand troops, many attached to the Fourth Infantry Division. Despite Royal Navy patrols in the English Channel, nine E-boats from Cherbourg penetrated the exercise area and launched a brief, devastating torpedo attack. Two LSTs were quickly sunk, and a third was damaged. The German raiders escaped.

Initial American losses were listed as 198 navy and 441 army personnel, but subsequently another 110 army men were determined killed or missing. The total of 749 dead was a toll unequaled in the U.S. military for any wartime training loss. The heaviest casualties occurred among quartermaster and engineer companies. The losses were largely replaced in the next five to six weeks.

In the 1980s and ’90s British and American reporters ‘‘discovered’’ Tiger and produced an ‘‘exposé’’ of the disaster. However, the U.S. Army had announced the event in August 1944, four months after it occurred and just two months after Overlord. The story of Slapton Sands was largely lost in the excitement surrounding the Normandy landings and Allied breakout from the coast, while Tiger’s losses were absorbed in the larger toll in France.

This article on WW2 operations is from the book D-Day Encyclopedia, © 2014 by Barrett Tillman. Please use this data for any reference citations. To order this book, please visit its online sales page at Amazon or Barnes & Noble.