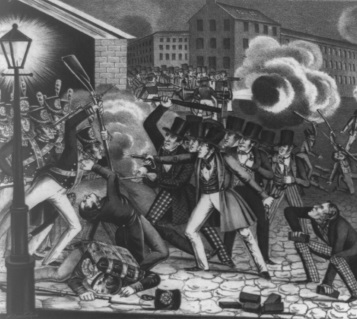 At the time of the War of 1812, the United States was deeply divided between Republicans, most of whom supported the war, and Federalists, who opposed the war. This division broke out into violence in the Baltimore Riots of the summer of 1812. In this mini-episode, Steve and James discuss the Baltimore Riots, the war aims of the British and the Americans, the war aims of each side, and the critical US presidential election of 1812, which served as a sort of referendum on the war.