How 20K Marines Held Out Against 300K Chinese Soldiers At The Chosin Reservoir, The Korean War’s Greatest Battle 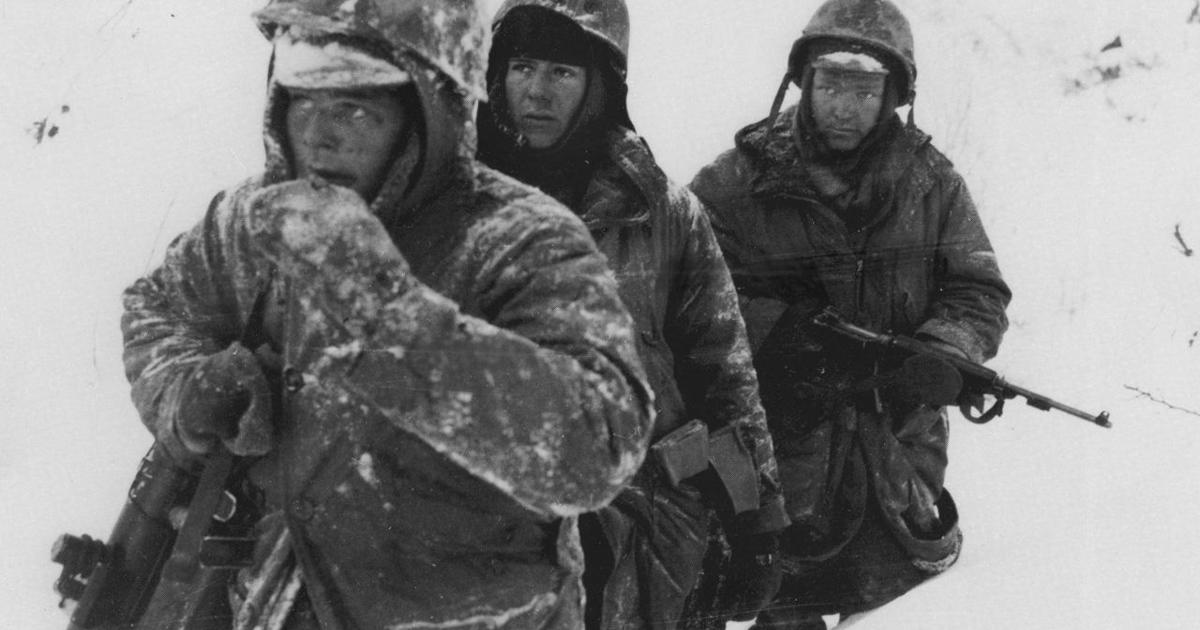 On October 15, 1950, General Douglas MacArthur, Supreme Commander of UN troops in Korea, convinced President Harry Truman that the Communist forces of Kim Il-sung would be utterly defeated by Thanksgiving. The Chinese, he said with near certainty, would not intervene in the war.

As he was speaking, 300,000 Red Chinese soldiers began secretly crossing the Manchurian border. Led by some 20,000 men of the First Marine Division, the Americans moved deep into the snowy mountains of North Korea, toward the trap Mao had set for the vainglorious MacArthur along the frozen shores of the Chosin Reservoir. What followed was one of the most heroic–and harrowing–operations in American military history, and one of the classic battles of all time. Faced with probable annihilation, and temperatures plunging to 20 degrees below zero, the surrounded, and hugely outnumbered, Marines fought through the enemy forces with ferocity, ingenuity, and nearly unimaginable courage as they marched their way to the sea.

Today I’m speaking with Hampton Sides, author of the account  On Desperate Ground a soldier’s eye view of this conflict that chronicle of the extraordinary feats of heroism performed by the beleaguered Marines, who were called upon to do the impossible in some of the most unforgiving terrain on earth.