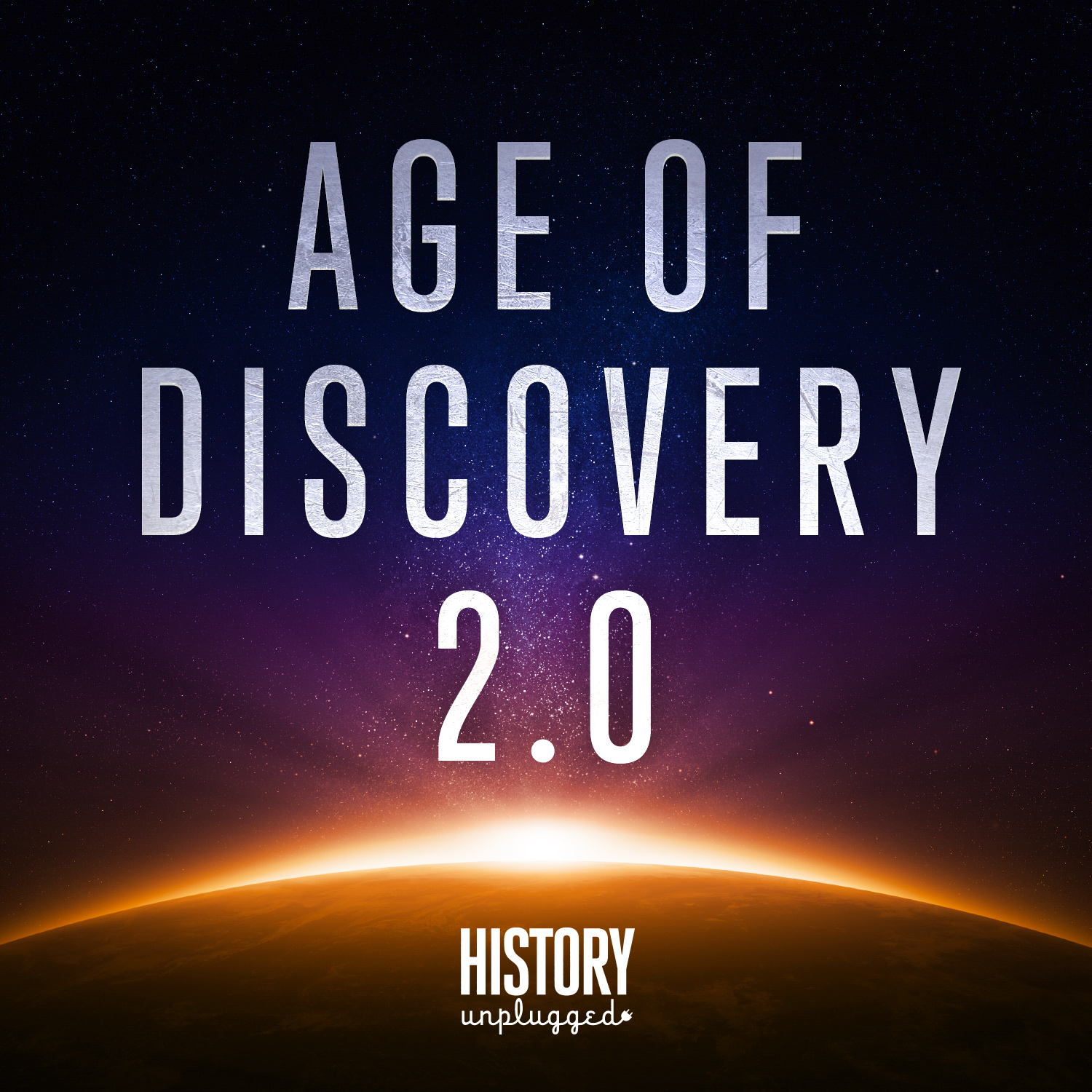 Scroll down to see the latest episodes

No era transformed Western Civilization like the Age of Discovery. Before then, Europe was an economic and military weakling that had suffered centuries of defeat from Islamic empires. Constantinople, Greece, Serbia, and the Crimea had all fallen to the Ottomans in the 15th century. Compared to its richer, more educated, and far more powerful rivals in the East, Europe was the Third World of the late medieval era. Chroniclers saw it as living in a long twilight, far removed from its golden age. It had nothing to look forward to but Judgment Day.

But with Columbus’s discovery of the New World, the West was reborn. Trade routes to Africa, India, and China opened. Ship building began at a furious pace. New wealth flowed into European capitals. At the same time, printing presses spread new ideas about science, religion, and technology. Literacy rates exploded. Above all, anyone willing to brave the dangers of traveling and settling in the New World could seek their fortune, bypassing whatever their birth status was in Europe’s rigid social hierarchy. Because of the Age of Discovery, for the first time in generations, Western Civilization had hope in the future.

Today, an Age of Discovery 2.0 is upon us. With Elon Musk promising rocket launch costs at $200/kilo (one percent of the Space Shuttle’s launch costs, with much lower costs to come), the price of sending explorers to space will soon match the cost of a ticket on the Mayflower in 1620. In a few decades, the Moon, Mars, and other planetary bodies will be as accessible to humans as the New World was in the Age of Sail.

How will the Age of Discovery 2.0 change our civilization the way the first one did five centuries ago?

To find the answer, History Unplugged is interviewing historians, scientists, and futurists who have spent decades researching this question by looking at the past to understand the future. It will explore how:

Robert Zubrin: Robert Zubrin is an American aerospace engineer, author, and advocate for the human exploration of Mars. Disappointed with the lack of interest from government in Mars exploration and after the success of his book The Case for Mars (1996), as well as leadership experience at the National Space Society, Zubrin established the Mars Society in 1998, an international organization advocating a human mission to Mars as a goal, by private funding if possible.

Glenn Reynolds: Glenn Harlan Reynolds is a Distinguished Professor of Law at the University of Tennessee College of Law, and is known for his American politics blog, Instapundit. He has written numerous books and articles on space law and policy and has served as Executive Vice President of the National Space Society, and on a White House advisory committee on space policy.

Robert Zimmerman: Robert has written multiple histories about the first forty years of space exploration as well as more than a hundred magazine and newspaper articles about the adventure of science and astronomy. He says that future generations will look back at Earth and see it only as the Old World.

Episode 1:  Welcome to the Age of Discovery 2.0

A new age of discovery is going to happen in the next few decades that will share much with the first Age of Discovery over 500 years ago. The voyages of Columbus, Magellan, and de Gama have much to tell us about the colonization of the Moon and Mars, to say nothing about how our culture will be irrevocably altered.

With private space companies launching rockets, satellites, and people at a record pace, and with the US and other governments committing to a future in space, Glenn Harlan Reynolds looks at how we got here, where we’re going, and why it matters for all of humanity.

Fueled by the combined expertise of the old aerospace industry and the talents of Silicon Valley entrepreneurs, spaceflight is becoming cheaper. The new generation of space explorers has already achieved a major breakthrough by creating reusable rockets. Guest Robert Zubrin, a renowned astronautical engineer, foresees more rapid innovation, including global travel from any point on Earth to another in an hour or less; orbital hotels; moon bases with incredible space observatories; human settlements on Mars, the asteroids, and the moons of the outer planets; and then, breaking all limits, pushing onward to the stars.

Zubrin shows how projects that sound like science fiction can actually become reality. But beyond the how, he makes an even more compelling case for why we need to do this—to increase our knowledge of the universe, to make unforeseen discoveries on new frontiers, to harness the natural resources of other planets, to safeguard Earth from stray asteroids, to ensure the future of humanity by expanding beyond its home base, and to protect us from being catastrophically set against each other by the false belief that there isn’t enough for all.

The human race is about to go to the stars. Big rockets are being built, and nations and private citizens worldwide are planning the first permanent settlements in space.

When we get there, will we know what to do to make those first colonies just and prosperous places for all humans? How do we keep future societies from becoming class segregated, neo-feudal dystopian nightmares (like Blade Runner) and instead become utopian havens of equality for all (like Star Trek)? Believe it or not, American colonial history provides us an example of each one. Guest Robert Zimmernan explains how by sharing the research that he meticulously compiled in his book Conscious Choice: The Origins of Slavery in America and Why it Matters Today and for Our Future in Outer Space.

Episode 5: Death is an Inevitable Part of Discovery, Whether on Magellan’s Voyage or a Trip to Mars (Coming Nov. 16)

The history of exploration and establishment of new lands, science and technologies has always entailed risk to the health and lives of the explorers. Yet, when it comes to exploring and developing the high frontier of space, the harshest frontier ever, the highest value is apparently not the accomplishment of those goals, but of minimizing, if not eliminating, the possibility of injury or death of the humans carrying them out.

To talk about the need for accepting risk in the name of discovery – whether during Magellan’s voyage in which 90 percent of the crew died or in the colonization of Mars – is aerospace engineer and science writer Rand Simberg, author of Safe Is Not An Option: Overcoming The Futile Obsession With Getting Everyone Back Alive That Is Killing Our Expansion Into Space.

The British East India Company is perhaps the most powerful corporation in history. It was larger than several nations and acted as emperor of the Indian subcontinent, commanding a private army of 260,000 soldiers (twice the size of the British Army at the time). The East India Company controlled trade between Britain and India, China, and Persia, reaping enormous profits, flooding Europe with tea, cotton, and spices. Investors earned returns of 30 percent or more.

With SpaceX building reusable rockets and drawing up plans to colonize Mars, could we be seeing a new British East India Company for the 21st century? The idea isn’t that far-fetched. In the terms of service for its Starlink satellite internet, one clause reads the following: “For Services provided on Mars, or in transit to Mars via Starship or other colonization spacecraft, the parties recognize Mars as a free planet and that no Earth-based government has authority or sovereignty over Martian activities. Accordingly, Disputes will be settled through self-governing principles, established in good faith, at the time of Martian settlement.”