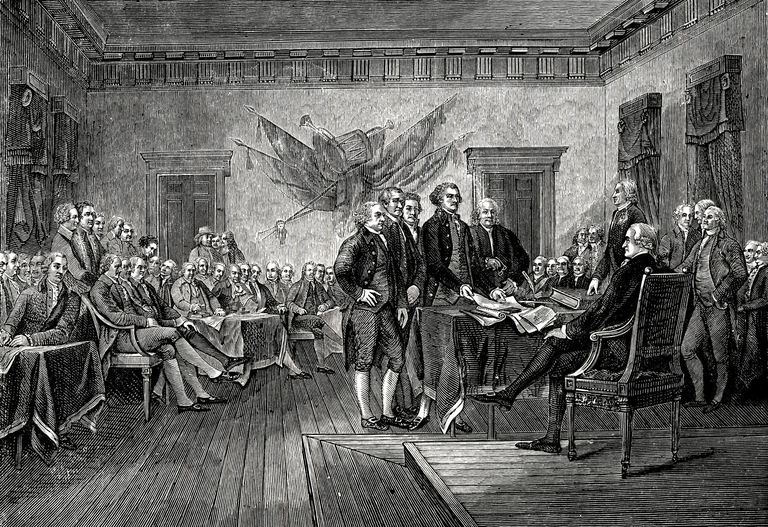 Here are some American Colonial Period facts; some of which are well known, others being counterintuitive. First, the colonists were not paragons of “diversity.” The vast bulk of them came from one part of Europe, spoke a common language, and worshiped the same God. Historian of American Colonial period David Hackett Fischer refers to four major waves of British migration that proved especially influential in forming American culture. Here’s the timeline:

Nevertheless, the cultural differences that existed even among these British peoples were real, significant, and enduring. Here’s a sample of what the early colonists thought of one another:

A Puritan on Virginians:

“The farthest from conscience and moral honesty of any such number together in the world.”

“A watchful eye must be kept on these foul traders.”

Puritans and Virginians on Quakers:

“[They] pray for their fellow men one day a week, and on them the other six.”

“The flock of Cain.”

Religion was fundamental to the colonists; and though they worshipped the same God, there was plenty of bickering. Indeed, the Religious Society of Friends, or Quakers, raised the ire of many colonists. The Puritans, who thought they had purged their worship of the Church of England’s ritual and “superstition,” were still too formalistic for the Quakers. Decades before William Penn settled Pennsylvania in the 1680s, Quakers living in Rhode Island traveled to Massachusetts to rouse its benighted inhabitants from their dogmatic slumber and awaken them to the aridity of their faith. Quakers disrupted Puritan church services, heckled ministers, and even walked naked up and down the church aisles. The Friends were banned repeatedly from Massachusetts.

This mutual antagonism contributed in a peculiar way to the development of American liberty: Each denomination and colony was vigilant against interference in its internal affairs by others. The differences among the colonies created the presumption that each should mind its own business, and so should any potential central government.

The First Amendment to the Constitution reflected this attitude: The federal government was prohibited from meddling in the religious affairs of the states. The First Amendment’s declaration that “Congress shall make no law respecting an establishment of religion, or prohibiting the free exercise thereof,” was intended, according to historian David Hackett Fischer, to preserve religious freedom in Virginia and Pennsylvania and to guarantee that the religious establishments that existed in Massachusetts and elsewhere would be safe from outside interference.

The godly community of Massachusetts Bay

It’s technically incorrect to describe the original Massachusetts settlements as theocracies because ministers themselves did not hold political power, but these settlements certainly did have a theocratic aspect. In Massachusetts Bay, for example, which was founded in 1629, the law was expected to reflect biblical precept as precisely as possible. The franchise was restricted to church members who, before becoming members, had to undergo a process not unlike interrogation. The “pillars of the church” would determine whether a prospective member belonged to the elect (had been eternally predestined to heaven)—or to the damned.

The latter group, although excluded from the franchise and from reception of the Lord’s Supper, were nevertheless required to go to church. Steeped as they were in covenant theology, the Puritans believed that if they succeeded in establishing a truly godly community, God would look upon them with favor; if they failed, they would be subject to His wrath.