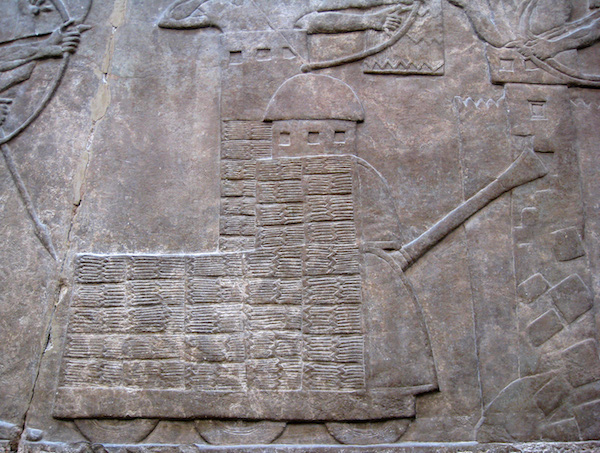 Through war and conquest, Assyria became the most powerful empire the world had yet seen. After the Assyrians had come and gone, the Macedonians under Philip II and his son Alexander the Great continued innovating siege warfare. Their engineers built catapults and ballistas, tension- and torsion-driven engines of destruction. The Hellenistic Greeks combined the two in a massive war engine known as the Helepolis—the Taker of Cities (see Part 2 of this series). While the Romans preferred straightforward attacks to capture cities; if that couldn’t be done, they would next try to cut or poison the city’s water supply. Only after these initial attacks would the Romans build their siege towers and send in the sappers and miners to go under the walls (Part 3).

The Assyrians besieged cities using three main methods simultaneously: battering rams for gates and walls, escalade, using earthen ramps and ladders to get over the walls and sapping, digging tunnels underneath the walls to collapse them. A line of Assyrian kings experimented with battering rams to perfect their use.

Ashurnasirpal II (883 to 859 B.C.) finessed the use of the battering ram—his was extremely heavy, five meters long, and protected by a roof and turret. Ropes hung from the roof and suspended the ram, which could then swing freely. Its business end was covered by a metal plate, shaped into a blade that was rammed into the bricks of the wall. Archers lodged in the turret, which was about three meters above the roof. From there they provided protective cover for the ram with their arrows. Over time, rams grew lighter, requiring only four wheels. By the time of Sennacherib’s siege of Lachish (701 B.C.), he used prefabricated rams, sometimes groups of them all attacking the same wall or gate.

Skilled Assyrian engineers knew to the shovelful how much earth was required to build the ramps that packed dirt to the top of a city’s walls, a huge engineering project in itself. The besieging army would then push siege towers or battering rams up the ramp to attack the city walls where they were thinner. They also took siege ladders up the ramps, setting them against the walls for the soldiers to ascend. If enough soldiers got over the wall, they’d fight to the gate and open it. Otherwise, they could breach a wall using the battering rams.

The Assyrian army was an extremely organized war machine itself—it carried with it a corps of dedicated siege engineers and sappers. While the rams were battering and the ramps were built, tunnels were also being dug under the walls. One way or another, the Assyrians conquered city after city. When Judah’s King Hezekiah refused to send tribute to Sennacherib, Sennacherib went on the attack, conquering 50 Judean towns on his way to Lachish and Jerusalem. 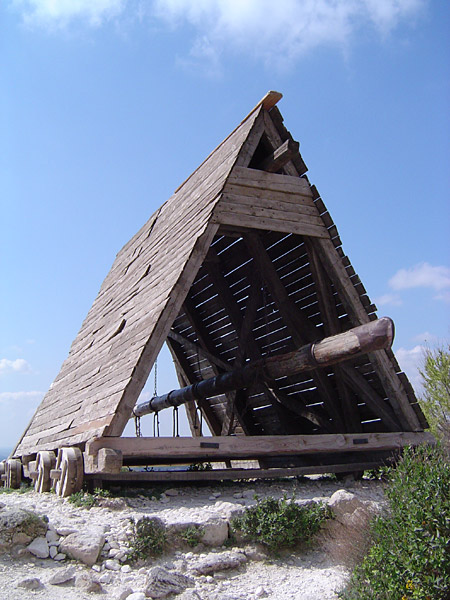 During the siege of Lachish, huge earth ramps were built up to the walls. Then Assyrian soldiers pushed the giant siege engines containing battering rams up to pound the walls. Assyrian archers and slingers rained arrows and stones on the defenders, while the defenders threw down burning torches to set the engines on fire. Sappers, meanwhile, were tunneling. After weeks of siege, the defenders surrendered. Triumphant Assyrians sacked the city, killed and tortured the defending commanders and enslaved the rest. Sennacherib was proud of this battle and had it presented in reliefs on his palace walls. These reliefs can be seen today in the British Museum.