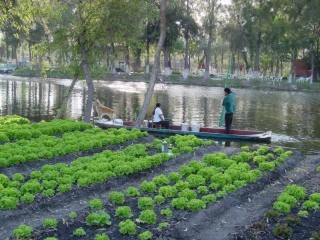 Three crops formed the staples of the Aztec diet: maize, or corn, beans and squash. Each of these three plants assists the others when they are grown together. For example, corn takes nitrogen from the soil, which beans then replace. Bean plants need firm support on which to grow; corn stalks provide that support. Luxurious squash leaves shade the soil, which keeps moisture in and keeps weeds out. These three plants are called the Three Sisters and planted together, provide a rich harvest of all three.

Besides maize, beans and squash, the Aztecs farmed a host of other vegetables: tomatoes, avocados, chili peppers, limes, onions, amaranth, peanuts, sweet potatoes and jimacas. While most cacti grew wild, the Aztecs also cultivated those they found most useful, including the remarkable maguey cactus, also known as the Mexican aloe, which provided the Aztecs with paper, thatching for roofs, cloth, rope, needles, food from the roots of the plant, and a popular alcoholic beverage fermented from its sap.

To grow all this food, the Aztecs used two main farming methods: the chinampas and terracing. Chinampas were essentially man-made islands, raised bed gardens on the surface of Lake Texcoco’s shallow waters. The Aztecs centered their empire in the Valley of Mexico, with its central basin leading up into the mountains surrounding the valley. To use the hilly land for farming, the Aztecs terraced the hills by cutting into them. They then built a restraining wall to form a step in the hillside so that the land on the step can be used for crops.

The chinampas farms were man-made plots of land built up from the sedimentation from the bottom of the lake. The Aztecs created large reed mats, which they floated in the shallows, the edges of which were built of woven twigs and branches attached to posts anchored in the lakebed. On the mats, they put soil from the lake bottom, rotting vegetation and dirt from nearby areas. Aztec farmers built up the soil until it was above the surface of the lake. They planted fast-growing willow trees at the corners of the plots to attach the chinampa to the bottom of the lake by the trees’ roots. At the height of the Aztec Empire, thousands of these fertile and productive chinampas surrounded Tenochtitlan and other Aztec cities.

Terraced, irrigated fields added another layer of farmland for the hungry Aztecs. To bring water to these fields, Aztecs farmers dug irrigation canals in the soil. The terraces also grew the Aztecs major crops, providing an extra layer of protection for its vital agricultural production, on which the empire depended.

Around the chinampas, the Aztecs could also catch fish, frogs, turtles and waterfowl such as ducks and geese. Lake Texcoco also produced one other favorite Aztec crop—algae from the lake, which we know today as spirulina. 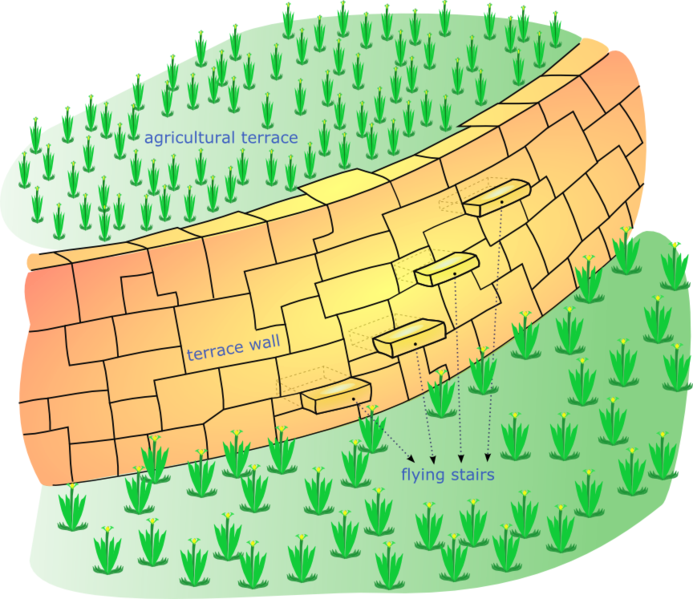