Bad Puns and Dirty Jokes in Rome and Ancient Greece 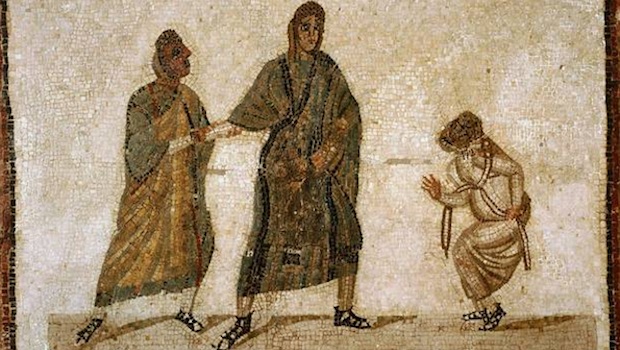 “A student dunce went swimming and almost drowned. So now he swears he’ll never get into water until he’s really learned to swim.” That was a decent dad joke to be sure. But it’s not a joke your dad came up with. Nor your grandfather. Rather, it was a great-great- great(x)50 grandfather joke that dates back at least to the Roman Empire.

In this episode we will explore humor in the ancient world. What were the gags and jokes that made Mesopotamians, Greeks, and Romans laugh? Did they have higher or lower brow humor than us? While the argument can be made for low-brow humor (the oldest written joke has to do with a Sumerian wife farting on her husband), the humor also got arcane and sophisticated (like a New Yorker cartoon of the ancient world).

In particular we will looked at the Philogelos (meaning “Laughter Lover”), a Greek anthology of more than 200 jokes from the fourth or fifth century. From gags about dunces to jests at the expense of great thinkers, we see what made people laugh in the ancient world.