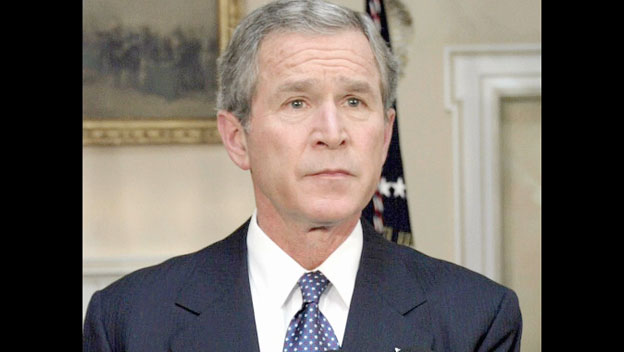 The following article on Barry Clinton Eckstrom is an excerpt from Mel Ayton’s Hunting the President: Threats, Plots, and Assassination Attempts—From FDR to Obama. It is available for order now from Amazon and Barnes & Noble.

Many mentally ill members of U.S. society threatened President George W. Bush during his two terms, as had other presidents been threatened. In 2005, President Bush was threatened by a deranged man who also sent threatening emails to people in Providence, Rhode Island. Beginning in March 2005, several Providence residents began to receive email threats from fifty-one-year-old Barry Clinton Eckstrom. Eckstrom, who was on antipsychotic medication, wrote that he was a serial killer and intended to murder, rape, and torture his victims. By April and May 2005, the threats began to include President Bush.

The FBI in Providence determined that the emails came from public libraries in Bethel Park, Mt. Lebanon, and Upper St. Clair. Working with the Secret Service, the FBI set up a sting operation at the Bethel Park Library. On May 14, an agent in the book stacks used binoculars to watch Eckstrom as another agent sat next to him as he was typing.

The agent saw him type, “I hate and despise the scum President Bush! I am going to kill him in June on his father’s birthday.” They had identified him in a manner that would legally uphold in a court of law. Eckstrom was arrested and later pleaded guilty in a federal court to threatening the president. The judge ordered him to be held in the mental health unit of the Allegheny County Jail.

This article on Barry Clinton Eckstrom is from Mel Ayton’s Hunting the President: Threats, Plots, and Assassination Attempts—From FDR to Obama. Please use this data for any reference citations. To order this book, please visit its online sales page at Amazon or Barnes & Noble.