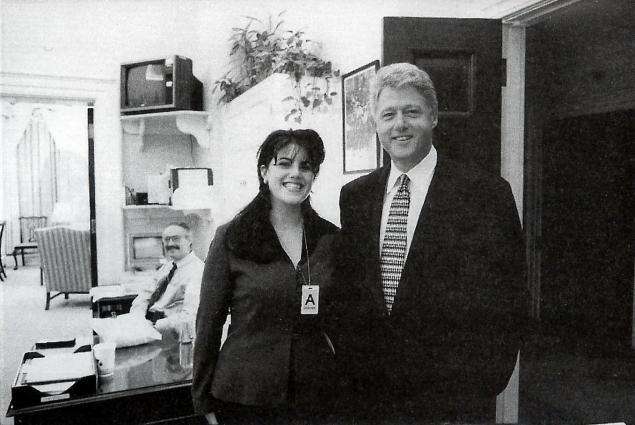 The following article on Bill Clinton affairs is an excerpt from Mel Ayton’s Hunting the President: Threats, Plots, and Assassination Attempts—From FDR to Obama. It is available for order now from Amazon and Barnes & Noble.

Stories of Bill Clinton’s affairs abounded, but nobody knew them better than those who shadowed his every movement: The Secret Service.

The Secret Service was virtually omnipresent during the Clinton presidency. Except for the upstairs family quarters of the White House, agents were always present except when Clinton met with close advisors, and even then an agent would be posted on the patio just outside the Oval Office’s glass-paneled doors. It was because of their close proximity to the president that Kenneth Starr, an independent prosecutor appointed by Congress to look into allegations of corruption in the Whitewater scandal, wanted to subpoena some agents in Clinton’s White House detail.

He also asked them to appear as witnesses in his investigation into whether Clinton obstructed justice in the Paula Jones sexual harassment case. Jones had accused the president of making improper sexual advances toward her when he was governor of Arkansas. Her lawsuit was later settled. Effectively, Clinton admitted guilt.

In fact, Clinton’s womanizing caused problems with the Secret Service throughout his presidency. Agents were concerned about the way the president compromised their protective mission by frequently leaving the White House unescorted.

According to FBI liaison Gary Aldrich, a “sensitive White House source” said that Clinton would leave late at night through the West Executive Lobby exit, “in such a way it would appear [he was] walking to the Executive Office Building.” But once Clinton was out of sight, he would be driven by his aide Bruce Lindsay, covered up by a blanket on the back seat of the car, to the Marriott Hotel, where he would meet up with one of his mistresses.

The Secret Service apparently knew about the trips and kept a log of the president’s movements. Aldrich characterized Clinton’s behavior as “one of the most serious and irresponsible breaches of security in U.S. history.”

This article on Bill Clinton affairs is from Mel Ayton’s Hunting the President: Threats, Plots, and Assassination Attempts—From FDR to Obama. Please use this data for any reference citations. To order this book, please visit its online sales page at Amazon or Barnes & Noble.