The Significance of ‘Bleeding Kansas’ 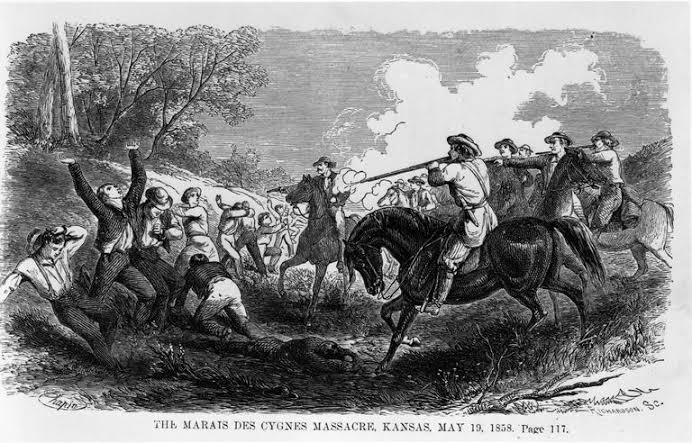 Bleeding Kansas was a series of violent civil confrontations in the United States between 1854 and 1861 which emerged from a political and ideological debate over the legality of slavery in the proposed state of Kansas.

It was fairly clear that slavery would not take root in Nebraska, but the outcome in Kansas was not so certain. Supporters and opponents of slavery flocked to Kansas to influence the vote. The typical textbook describes Kansas as the scene of ceaseless slavery-related violence. Recent scholarship, however, casts doubt on this perception. Eyewitness accounts and newspaper reports appear to have been unreliable, even wildly exaggerated. In their own propaganda, both sides tended to inflate the number of killings either to call attention to their own plight or to impress readers with the number of casualties they managed to inflict on their opponents. “Political killings,” writes researcher Dale Watts, “account for about one-third of the total violent deaths. They were not common. The streets and byways did not run red with blood as some writers have imagined.”

A recent study concluded that of the 157 violent deaths that occurred during Kansas’ territorial period, fifty-six appear to have had some connection to the political situation or to the slavery issue. According to Watts:

The antislavery party was not the innocent victim of violence that its propagandists, both contemporary and subsequent, tried to portray. Both sides employed violent tactics and both were adept at focusing blame on their opponents, habitually claiming self-defense in any killings committed by their own men. However, the antislavery party, as the ultimate victor in the contest, was in a position to write the history of the period from its point of view… The data, however, indicate that the two sides were nearly equally involved in killing their political opponents.