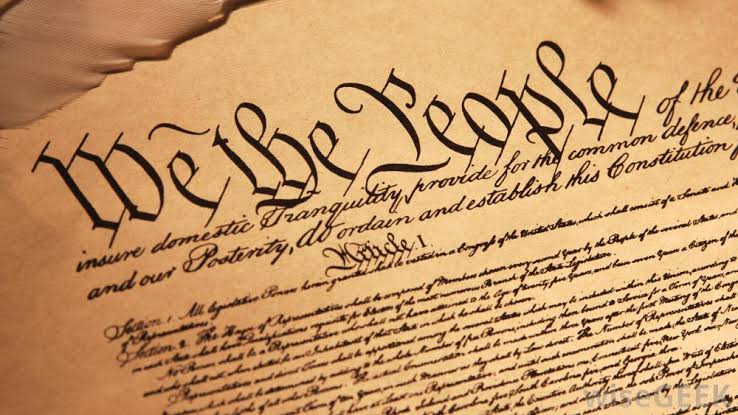 What is the constitutional amendment process? The Constitution provides that an amendment may be proposed either by the Congress with a two-thirds majority vote in both the House of Representatives and the Senate or by a constitutional convention called for by two-thirds of the State legislatures.

The Framers of the Constitution were well aware of the tendency for power to concentrate and expand. Jefferson spoke of the calamity that would result if all power were to be concentrated in the federal government. Checks and balances among the executive, legislative, and judicial branches, a prominent feature of the Constitution, offer a little guarantee of limited government, since these three branches could unite against the states and the people. That is precisely what Jefferson warned William Branch Giles about in 1825: “It is but too evident, that the three ruling branches of [the national government] are in combination to strip their colleagues, the State authorities, of all powers reserved by them, and to exercise themselves all functions foreign and domestic.”

Since the states were the constituent parts of the Union and had enjoyed an independent existence long before the Constitution was established, early American statesmen wanted the states to have some protection against the federal government. The federal government could not be permitted to have the exclusive authority to interpret the Constitution. It would consistently hand down rulings in favor of itself, and over time, consolidate power.