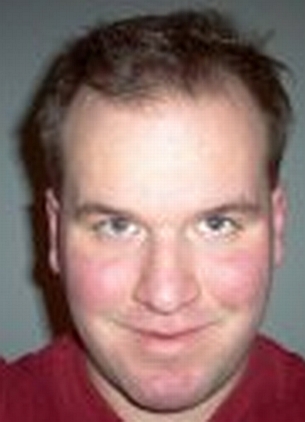 The following article on Daniel Cvijanovich is an excerpt from Mel Ayton’s Hunting the President: Threats, Plots, and Assassination Attempts—From FDR to Obama. It is available for order now from Amazon and Barnes & Noble.

George W. Bush, like presidents before him, was subjected to numerous threats from prison inmates

In 2007, Daniel Cvijanovich was serving a prison sentence for throwing a rock at the federal building in Fargo, North Dakota, and threatening a federal officer. He told fellow inmates Robby Aldrich and Kyle White that he planned to kill Bush after he was released from prison. Aldrich and White informed the authorities about Cvijanovich’s threats, and he was charged with threatening the life of the president.

In court Cvijanovich’s lawyer characterized his client’s comments as “jokes, lies and exaggerations” and “the kind of big talk that goes on in prison.” But a jury disagreed and found Cvijanovich guilty, sentencing him to nineteen months in prison.

The Secret Service was well aware that for decades many prison inmates had used the ruse of threatening the president to facilitate a move from a state prison to a federal institution, where they believed living conditions were superior.

Other prisoners threatened Bush. Charles E. Fuller was a career criminal who in 2002 was serving a forty-six-month sentence at the federal penitentiary in Terre Haute, Indiana, for sending three letters threatening President Clinton in 1998. Not long before he was due to be released, Fuller decided to threaten President Bush and sent a handwritten letter to the FBI headquarters in Washington, D.C.

In the letter, Fuller expressed anger toward U.S. government leaders and made references to five bombs at five separate locations. He also indicated that he possessed a canister of Serin nerve gas. “I will be released soon! Me and my friends are going after all of America’s rulers!” he wrote. “They will pay! Bush is first! He will die first! I will not have a president that is criminal in office! I will kill him myself!”

This article on Daniel Cvijanovich is from Mel Ayton’s Hunting the President: Threats, Plots, and Assassination Attempts—From FDR to Obama. Please use this data for any reference citations. To order this book, please visit its online sales page at Amazon or Barnes & Noble.