Elizabeth I and Mary Queen of Scots 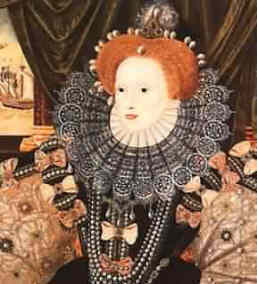 She was the daughter of Henry VIII and Anne Boleyn and had had a troubled childhood. Her mother had been executed when she was three years old and her father had married four more times. The only constant person in her life was her nanny, Kat Ashley.

Her father had separated the church from Rome and Elizabeth was a Protestant.

When Elizabeth’s sister Mary, a Catholic, came to the throne in 1553 she made England Catholic again and Elizabeth was put into the Tower of London so that she could not lead a Protestant rebellion against Mary and take her place on the throne. 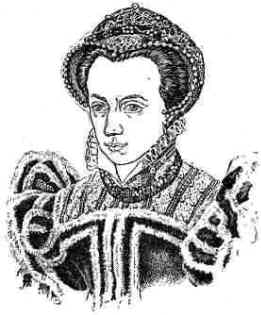 Mary Queen of Scots (1542-1587) was the daughter of James V of Scotland and Mary of Guise. She became Queen of Scotland when she was six days old after her father died at the Battle of Solway Moss.

A marriage was arranged between Mary and Edward, only son of Henry VIII but was broken when the Scots decided they preferred an alliance with France. Mary spent a happy childhood in France and in 1558 married Francis, heir to the French throne. They became king and queen of France in 1559.

Sadly, Francis died in 1560 and Mary, not wanting to stay in France, returned to Scotland. During Mary’s absence, Scotland had become a Protestant country. The Protestants did not want Mary, a Catholic and their official queen, to have any influence.

In 1565 Mary married her cousin and heir to the English throne, Henry Stuart, Lord Darnley. The marriage was not a happy one. Darnley was jealous of Mary’s close friendship with her secretary, David Rizzio and in March 1566 had him murdered in front of Mary who was six months pregnant with the future James I. Darnley made many enemies among the Scottish nobles and in 1567 his house was blown up. Darnley’s body was found inside, he had been strangled.

Three months later Mary married the chief suspect, the Earl of Bothwell. The people of Scotland were outraged and turned against her. She was removed from the throne and fled to England. She appealed to Elizabeth for help and support, but Elizabeth, suspicious that she was going to raise Catholic support and take the throne of England, kept Mary a virtual prisoner for the next eighteen years.

In 1586 letters sent to Mary by a Catholic called Thomas Babington, were found. The letters revealed a plot to kill Elizabeth and replace her with Mary. Elizabeth had no choice but to sign Mary’s death warrant. Mary Queen of Scots was beheaded at Fotheringay Castle on February 8th 1587.