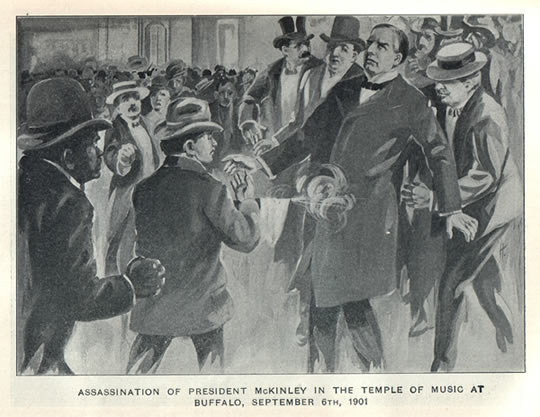 The following article on Frank Paul Jones is an excerpt from Mel Ayton’s Hunting the President: Threats, Plots, and Assassination Attempts—From FDR to Obama. It is available for order now from Amazon and Barnes & Noble.

In 1992, Frank Paul Jones, a thirty-three-year-old man who suffered from a bipolar disorder, had become obsessed with singer Michael Jackson’s sister, Janet Jackson, and believed he was married to her. Jones, who bizarrely claimed he was the son of mafia mob boss John Gotti, said he was entitled to half of Michael’s estate and that he would kill the singer. But the threat was apparently a ruse to gain the attention of Janet Jackson. Jones also had a history of threatening to kill the president and had been arrested numerous times outside the White House.

Jones wrote dozens of threatening letters to, among others, his estranged wife and singer Michael Jackson. When there was no response to his letters from Jackson, he threatened to kill President George H.W. Bush. In a May 18 letter to the New York Daily News, he wrote, “I decided to go to the FBI today, if that doesn’t work I’ll go to the CIA, military intelligence on up to the President of the United States of America and if the chain of command doesn’t work, I will resort to violence, to bring attention to my problem. I’ll commit mass murder at a Michael Jackson concert if necessary, in an attempt to murder Michael, and then you will have to deal with my problem in the public eye.”

In another letter, dated May 21, 1992, and sent to the U.S. Secret Service among others, Jones wrote, “To all concerned parties, I hope you receive this letter in good health and in good spirits. I decided that because nobody is taking me serious[ly] and I can’t handle my state of mind that I am going to Washington DC to threaten to kill the President of the United States, George Bush. If they do not arrest me or solve my problem I’m gonna attempt to kill President George Bush . . . I dare you to call this a bluff.” The Secret Service and FBI investigated Jones’s threats. According to the FBI file, Jones “was arrested by the U.S. Secret Service on 22nd May 1992 as he attempted to get on the White House grounds. Apparently, this was a ploy by [Jones] to attract attention to his ‘problem’ with [Michael Jackson].” Jones was not prosecuted and he was released even though an FBI agent, in a sworn affidavit, said

Jones had told him he had “tried to kill the President.”

Frank Paul Jones was arrested on June 22, 1992, for trespassing in the driveway of the Jackson family compound in Encino, California. In 1992, he was initially judged to be incompetent to stand trial, but after treatment at a federal corrections institution in North Carolina, doctors determined he was fit to be tried. In 1993, he was sentenced to two years in prison for “mailing a threatening communication,” but no charges were made in relation to the threats against President Bush.

This article on Frank Paul Jones is from Mel Ayton’s Hunting the President: Threats, Plots, and Assassination Attempts—From FDR to Obama. Please use this data for any reference citations. To order this book, please visit its online sales page at Amazon or Barnes & Noble.