Frederick Douglass, Abraham Lincoln, and the Winding Path to Emancipation 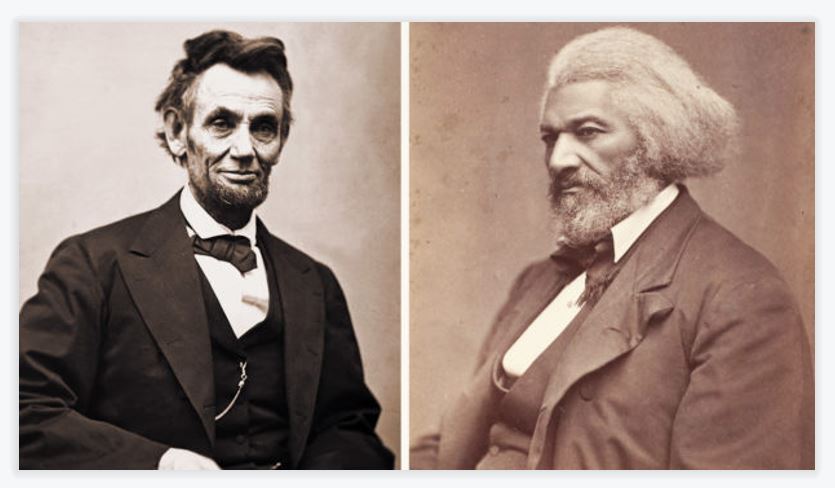 In a little-noted eulogy delivered shortly after Abraham Lincoln’s assassination, Frederick Douglass called the martyred president “emphatically the Black man’s president,” and the “first to show any respect for their rights as men.” To justify his description, Douglass pointed not just to Lincoln’s official acts and utterances, like the Emancipation Proclamation or the Second Inaugural Address, but also to the president’s own personal experiences with Black people. Referring to one of his White House visits, Douglass said: “In daring to invite a Negro to an audience at the White House, Mr. Lincoln was saying to the country: I am President of the Black people as well as the white, and I mean to respect their rights and feelings as men and as citizens.”

But Lincoln’s description as “the Black man’s president” rests on more than his relationship with Douglass or on his official words and deeds. Lincoln interacted with many other Black Americans during his presidency. His unfailing cordiality to them, his willingness to meet with them in the White House, to honor their requests, to invite them to consult on public policy, to treat them with respect whether they were kitchen servants or abolitionist leaders, to invite them to attend receptions, to sing and pray with them in their neighborhoods – all were manifestations of an egalitarian spirit noted by Frederick Douglass and other prominent African Americans like Sojourner Truth, who said: “I never was treated by any one with more kindness and cordiality than were shown to me by that great and good man, Abraham Lincoln.”

To discuss this issue is today’s guest Michael Burlingame, author of the book The Black Man’s President: Abraham Lincoln, African Americans, and the Pursuit of Racial Equality. We focus on Lincoln’s personal interchange with Black Americans over the course his career, whichreveals a side of the sixteenth president that, until now, has not been fully explored.