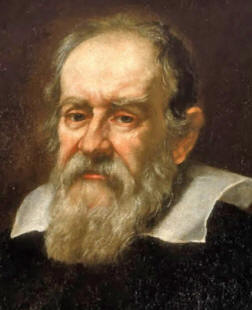 One of the most misconstrued events in history is the Galileo affair. It is commonly understood as a black-and-white morality play of science vs. religion. Galileo proves the Sun is the center of the solar system but the reactionary medieval Catholic Church is scandalized by somebody questioning their geocentric model. They imprison and torture the “heretic.” Other scientists are afraid to speak up against this oppressive regime.

The real story is much more complicated. There were churchmen on both sides of the geocentric/heliocentric debate. Galileo did not conclusively prove the heliocentric model (that didn’t come until long after his death). And much of the reason that the Catholic Church ordered his house imprisonment (not torture) was that Galileo slyly made fun of the pope in one of his writings.

Today’s guest is astrophysicist Mario Livio, author of the book “Galileo and the Science Deniers.” We get into the trial, the immediate aftermath, and the legacy that the trial has today. Livio began researching the life, ideas, and actions of Galileo; his life is filled with lessons relevant for today—whether with respect to trusting the advice given by scientists in relation to COVID-19 or any other matter of public importance.

"Why the Galileo Affair is One of History’s Most Misunderstood Events" History on the Net
© 2000-2021, Salem Media.
May 6, 2021 <https://www.historyonthenet.com/galileo-affair-one-historys-misunderstood-events>
More Citation Information.
Loading...
Loading...