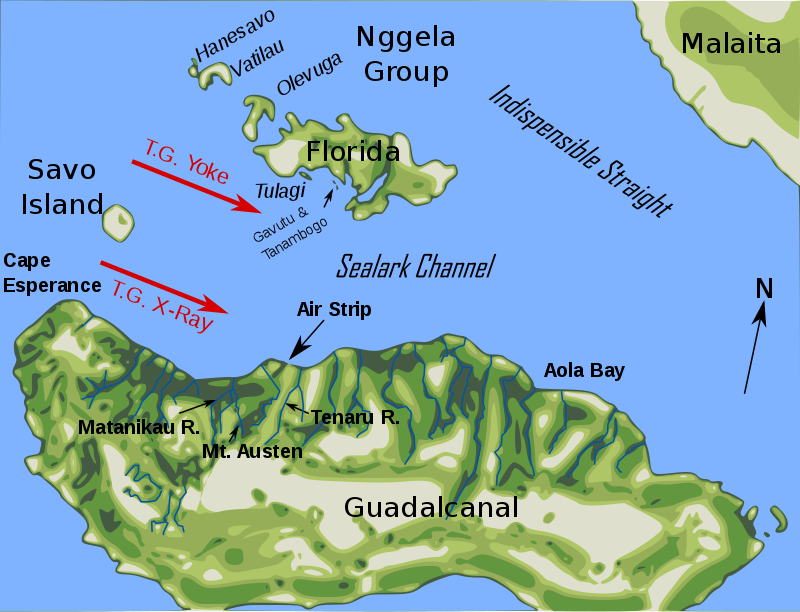 After overwhelmingly defeating the Japanese fleet at Midway, American military leaders decided to go on the offensive.  The first major target would be a group of islands in the eastern part of the Solomon Islands, the most prominent of which was Guadalcanal.  Japanese forces had begun constructing an airfield on Guadalcanal, and the Americans hoped to seize the airfield, convert it into an American one, and expel the Japanese from the island. The Japanese, however, refused to play along.  In this episode, James and Scott discuss the planning and buildup toward the Guadalcanal campaign, the initial American landing, and the disastrous (for the Allies) naval Battle of Savo Island.