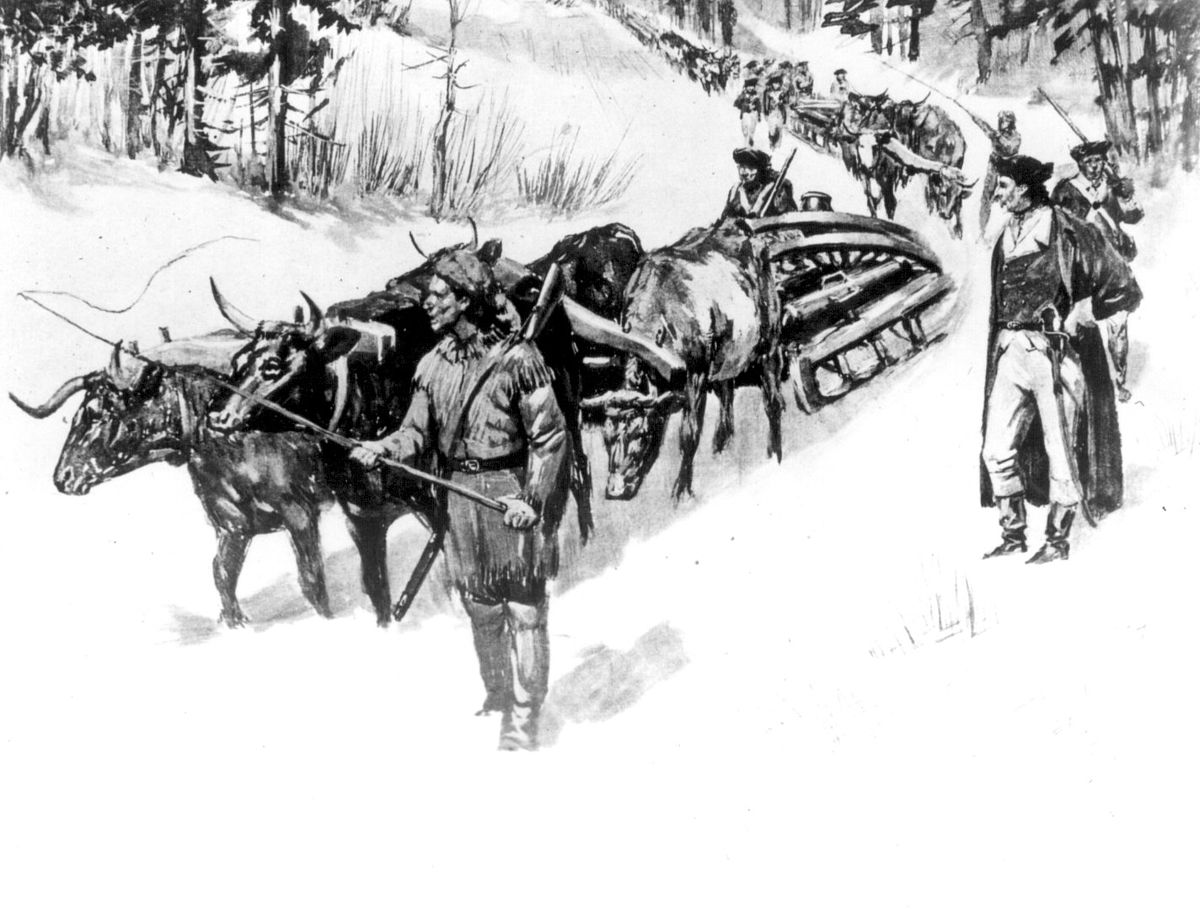 During the brutal winter of 1775-1776, an untested Boston bookseller named Henry Knox commandeered an oxen train hauling sixty tons of cannons and other artillery from Fort Ticonderoga near the Canadian border. He and his men journeyed some three hundred miles south and east over frozen, often-treacherous terrain to supply George Washington for his attack of British troops occupying Boston. The result was the British surrender of Boston and the first major victory for the Colonial Army.

William Hazelgrove, author of “Henry Knox’s Noble Train,” joins us today to discuss one of the great stories of the American Revolution, still little known by comparison with the more famous battles of Concord, Lexington, and Bunker Hill. At this time, the ragtag American rebels were in a desperate situation. Washington’s army was withering away from desertion and expiring enlistments. Typhoid fever, typhus, and dysentery were taking a terrible toll. There was little hope of dislodging British General Howe and his 20,000 British troops in Boston–until Henry Knox arrived with his supply convoy of heavy armaments. Firing down on the city from the surrounding Dorchester Heights, these weapons created a decisive turning point. An act of near desperation fueled by courage, daring, and sheer tenacity led to a tremendous victory for the cause of independence.