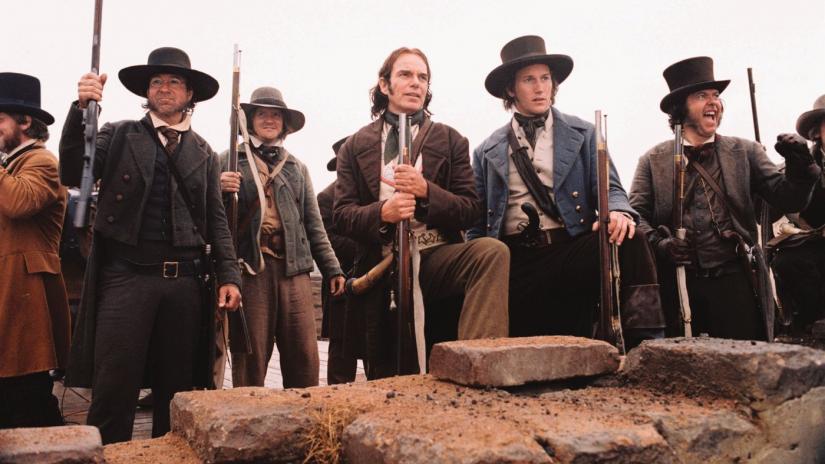 In the final two episodes of this mini-series, Steve and Scott talk about movies that actually do a good job of conveying history, or at least as much as possible when handled by Hollywood producers enslaved to suggestions from marketing research reports. The first film is the Alamo (2004).The purported goal of the filmmakers was to have this movie be as historically accurate as possible, or at least more so than the John Wayne Alamo film of 1960. It stars Dennis Quaid as Sam Houston, Billy Bob Thornton as Davy Crockett, Patrick Wilson as William Travis, Jason Patric as Jim Bowie, and Jordi Molla as Juan Seguin.