Impact of Brown vs Board of Education

History » Civil Rights Era » Impact of Brown vs Board of Education 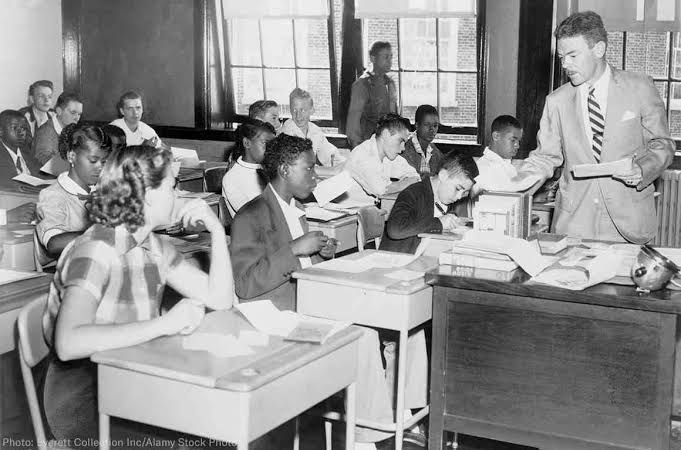 Impact of Brown vs Board of Education: Was Brown necessary?

Scholarly opinion has even begun to suggest that the Brown decision was not necessary in order to bring about desegregation. According to Paul Craig Roberts and Lawrence Stratton:

A July 1944 survey of college students found that 68 percent agreed that “our postwar policy should be to end discrimination against the Negro in schools, colleges and universities.” Georgia’s progressive governor, Ellis G. Arnall, accomplished the repeal of the poll tax in 1945 and thereby knocked down a barrier to black voting. Jackie Robinson broke the color line in baseball in 1947, and black entertainers such as Lena Horne found increased access to Hollywood and Broadway. In response to the Truman civil rights committee’s report, ordinary people, such as citizens of Montclair, New Jersey, took community inventories to expose and challenge local segregation. The Red Cross eliminated the racial designation of blood donors in 1950. Oklahoma high school students ignored traditional prejudices and elected a seventeen-year-old black to lead the state’s Hi-Y clubs in January 1952.

Impact of Brown vs Board of Education

Writing in the Journal of American History, Michael Klarman provides further evidence of such trends. He discusses the cases of blacks in the 1940s who won local political offices, often with substantial white support. He cites polling data showing increasingly favorable Southern attitudes toward integrated transportation facilities and other forms of desegregation. For these reasons and more, Klarman could conclude that “Brown was not necessary as an impetus to challenge the racial status quo.”

"Impact of Brown vs Board of Education" History on the Net
© 2000-2023, Salem Media.
February 4, 2023 <https://www.historyonthenet.com/impact-of-brown-vs-board-of-education>
More Citation Information.
Loading...
Loading...