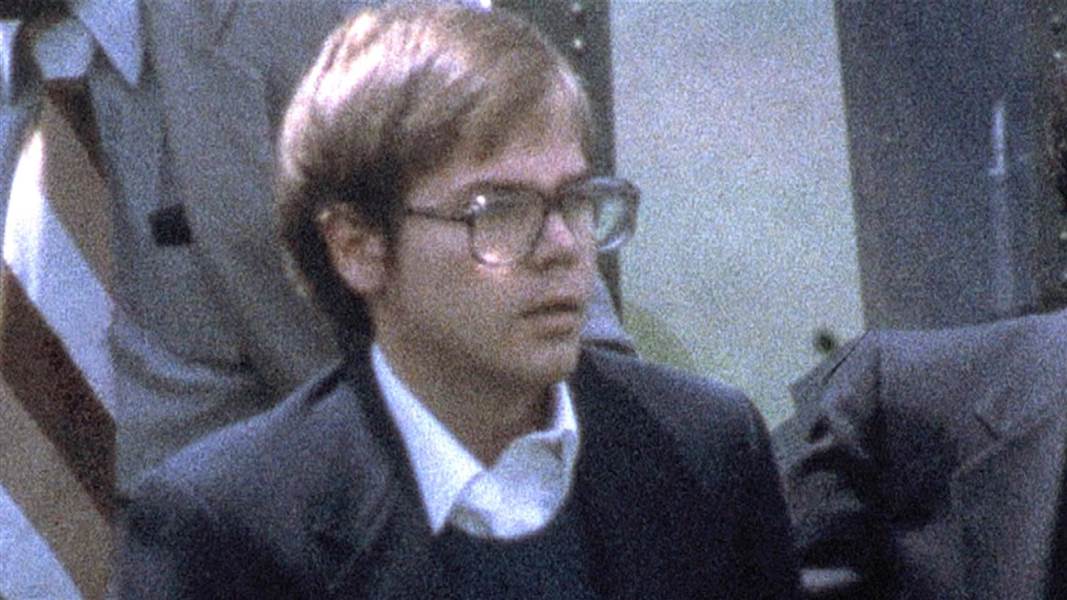 The following article on John Hinckley Jr. is an excerpt from Mel Ayton’s Hunting the President: Threats, Plots, and Assassination Attempts—From FDR to Obama. It is available for order now from Amazon and Barnes & Noble.

Arguably the most dangerous threat President Carter faced came from the man who would eventually set his sights on President Reagan.

John Hinckley Jr. was a lonely college dropout whose life was dominated by two things: the teenage actress Jodie Foster and the movie Taxi Driver, in which the central character, played by Robert De Niro, plans to impress a woman by assassinating a politician. Hinckley saw the movie fifteen times. Desperate to act on his obsession with the Hollywood actress (who also starred in the film), Hinckley sent her letters and stalked her at Yale, where the young star was a freshman in 1980. After Foster rejected Hinckley’s advances, he became more determined than ever to prove himself worthy of her. Hinckley decided that shooting the president would do the job.

By late September 1980, John Hinckley Jr. began his presidential stalking by tracking the movements of President Carter, who was campaigning across the country for his second term in office. Hinckley traveled to Dallas, Texas, to buy two revolvers and then flew to Washington, D.C., staying at a hotel only three blocks from the White House. During his stay he sent a postcard to his sister describing the White House as “Carter’s Fortress.” Hinckley scoured the newspapers for Carter’s itinerary. He discovered that the president would be in Dayton, Ohio, for a campaign rally on October 2.

In Dayton, Hinckley left his guns in his luggage at a bus station. He was standing in a crowd of supporters when the president arrived. Carter plunged into the crowd of well-wishers, smiling and waving as Hinckley looked on only a handshake distance from the president. Hinckley later said he was unarmed and did not intend to shoot Carter but simply wanted to find out if he could get close enough to assassinate him. On that day, he became convinced he could.

Following his “test run,” Hinckley took a plane to another scheduled campaign rally, this time in Nashville, Tennessee. Carter was due to appear at a “town hall” meeting at the Grand Ole Opry on October 9. After arriving in Nashville, Hinckley suddenly changed his mind about shooting Carter and returned to the airport and checked in his baggage. When it went through the airport’s X-ray machine, a security officer spotted his handguns, and Hinckley was arrested by Nashville police. The guns were confiscated, and Hinckley was fined $62.50.

Hinckley said he “had not been able to psyche himself up to [shooting Carter],” according to the would-be assassin’s psychiatrist, Dr. William T. Carpenter. Carpenter said that after the election, Hinckley “lost interest in Carter and [devoted] his activities and thinking” to Reagan.

Agent Marty Venker said Hinckley changed his mind about shooting Carter after agents guarding the president looked Hinckley in the eye and he “wilted.” James W. Clarke maintains that Hinckley changed his mind around the middle of October, when the media began reporting a likely Reagan victory in the presidential election. Hinckley had persuaded himself that killing a candidate who was about to lose an election would rob him of the notoriety he craved.

Hinckley was not put on the “watch list” after his arrest in Nashville, because handgun arrests happened “all the time,” according to Agent Marty Venker, “and without any reason to link Hinckley with Carter the FBI had no cause to alert the Secret Service.” FBI director William H. Webster defended the FBI’s decision not to tell the

Secret Service of Hinckley’s arrest at the Nashville airport. Testifying before the House Judiciary subcommittee on April 8, 1981, Webster said, “We don’t want to barrage the Secret Service with excessive information.”

Reagan faced the greatest threat to his life shortly after his inauguration. In November 1980, after abandoning his plans to shoot President Carter, John Hinckley Jr. stalked the president-elect. Although Hinckley had stalked Carter and had been arrested on weapons charges at an airport the president visited, he was not on the Secret Service’s “watch list,” as he had never made an overt threat. But had the airport authorities searched Hinckley’s suitcase, they would have discovered his diary, which detailed his plans to kill Carter.

In February 1980, John Hinckley Jr. changed his target once more, but only momentarily. He decided he wanted to be the third Kennedy assassin and kill Senator Edward M. Kennedy, the last of the Kennedy brothers. He arrived in Washington, D.C., and visited Kennedy’s Senate office. He waited in the corridor for the senator to appear. Frustrated when Kennedy didn’t walk by, Hinckley made his way to the Capitol, thinking he could attack the senator there. But he backed off when he saw the metal detector at the entrance to the building. Instead, he headed for the White House and joined a tour of the executive mansion.

On March 29, 1981, Hinckley checked into the Park Century Hotel on 18th Street, two blocks west of the White House and directly across the street from Secret Service headquarters. His luggage contained two .22 caliber pistols and a .38 of the type used by John Lennon’s killer, Mark Chapman, the previous December.

The next day, Hinckley wrote a five-page letter to Jodie Foster. “Dear Jodie, There is a definite possibility that I will be killed in my attempt to get Reagan,” he wrote. “This letter is being written an hour before I leave for the Hilton Hotel. Jodie, I’m asking you to please look into your heart and at least give me the chance with this historical deed to gain your respect and love. I love you forever.” Shortly afterward, he left for the Washington Hilton. He left a newspaper cutting about President Reagan’s schedule on his bed. The schedule disclosed that President Reagan would leave the White House at 1:45 p.m. to address a session of the AFL-CIO’s building and construction trades department at the Washington Hilton Hotel.

John Hinckley Jr. shot Reagan as the president left the Hilton. The chambers of his pistol contained six devastator bullets designed to explode on impact. He shot twice, paused, then fired off four more rounds— all within two seconds. Agent Dennis McCarthy said he heard a “pop, no louder than a firecracker.” It was the moment he had been training for but “dreaded.” McCarthy knew he “had to get to that gun” as Hinckley continued firing. After the third shot, McCarthy saw the gun protruding between television cameras about eight feet away. He dove for the gun and landed on Hinckley’s back just as the sixth shot was fired. The assassin offered no resistance and dropped the gun to the ground. As McCarthy pulled him to his feet, he saw two hands grab Hinckley’s throat, and it entered his mind that his role had now changed—he was no longer protecting the president but his would-be assassin. Press Secretary James Brady, Secret Service agent Timothy McCarthy, and Washington, D.C., police officer Thomas Delahanty were also shot and seriously wounded.

As he heard the sound of shots, Secret Service agent Jerry Parr shoved Reagan into his limousine, and then, after noticing the president had been wounded, directed the car to the George Washington University Hospital. The president had been hit under his left arm by a bullet that ricocheted off his limousine. It had missed his heart by a mere inch. Although not believed to be serious at the time, Reagan’s wounds were in fact life-threatening.

“There’s a couple of times where truth and training converge, where history and destiny converge,” Parr observed years later. “I thought about that for a long time. It’s that moment—either you do it or you don’t, either you save him or you don’t.” Reagan underwent surgery to remove the bullet and repair a collapsed lung.

This article on John Hinckley Jr. is from Mel Ayton’s Hunting the President: Threats, Plots, and Assassination Attempts—From FDR to Obama. Please use this data for any reference citations. To order this book, please visit its online sales page at Amazon or Barnes & Noble.