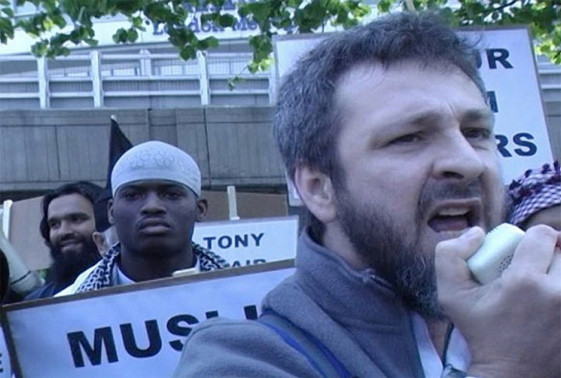 The following article on Terry Kelly (“Khalid Kelly”) is an excerpt from Mel Ayton’s Hunting the President: Threats, Plots, and Assassination Attempts—From FDR to Obama. It is available for order now from Amazon and Barnes & Noble.

In May 2011, Irish Muslim militant Terry “Khalid” Kelly was arrested for threatening to assassinate President Obama during the president’s trip to Ireland for the G-8 Summit. Kelly was a former Catholic altar boy from inner-city Dublin who converted to Islam while imprisoned in Saudi Arabia in 2000 for selling illegal alcohol.

On his return to Ireland, Kelly praised al Qaeda and Osama bin Laden on Irish TV. Kelly trained with the Taliban in northwest Pakistan and married a Pakistani woman. He named one of their two sons Osama, a name, he said, “to be proud of.” He then returned to his homeland in order to attack high-ranking officials and gain notoriety.

Kelly told Britain’s Sunday Mirror newspaper that he expected al Qaeda to kill Obama during his visit to Ireland because the country’s police force was poorly armed. He also said terrorists would likely pay up to $1.4 million to anyone who was prepared to kill Obama. Kelly said he would like to do it himself but was too well known.

“Personally I would feel happy if Obama was killed,” he said. “How could I not feel happy when a big enemy of Islam is gone?” He was arrested at his home in Dublin on suspicion of threatening to kill the president.

This article on Terry Kelly (“Khalid Kelly”) is from Mel Ayton’s Hunting the President: Threats, Plots, and Assassination Attempts—From FDR to Obama. Please use this data for any reference citations. To order this book, please visit its online sales page at Amazon or Barnes & Noble.