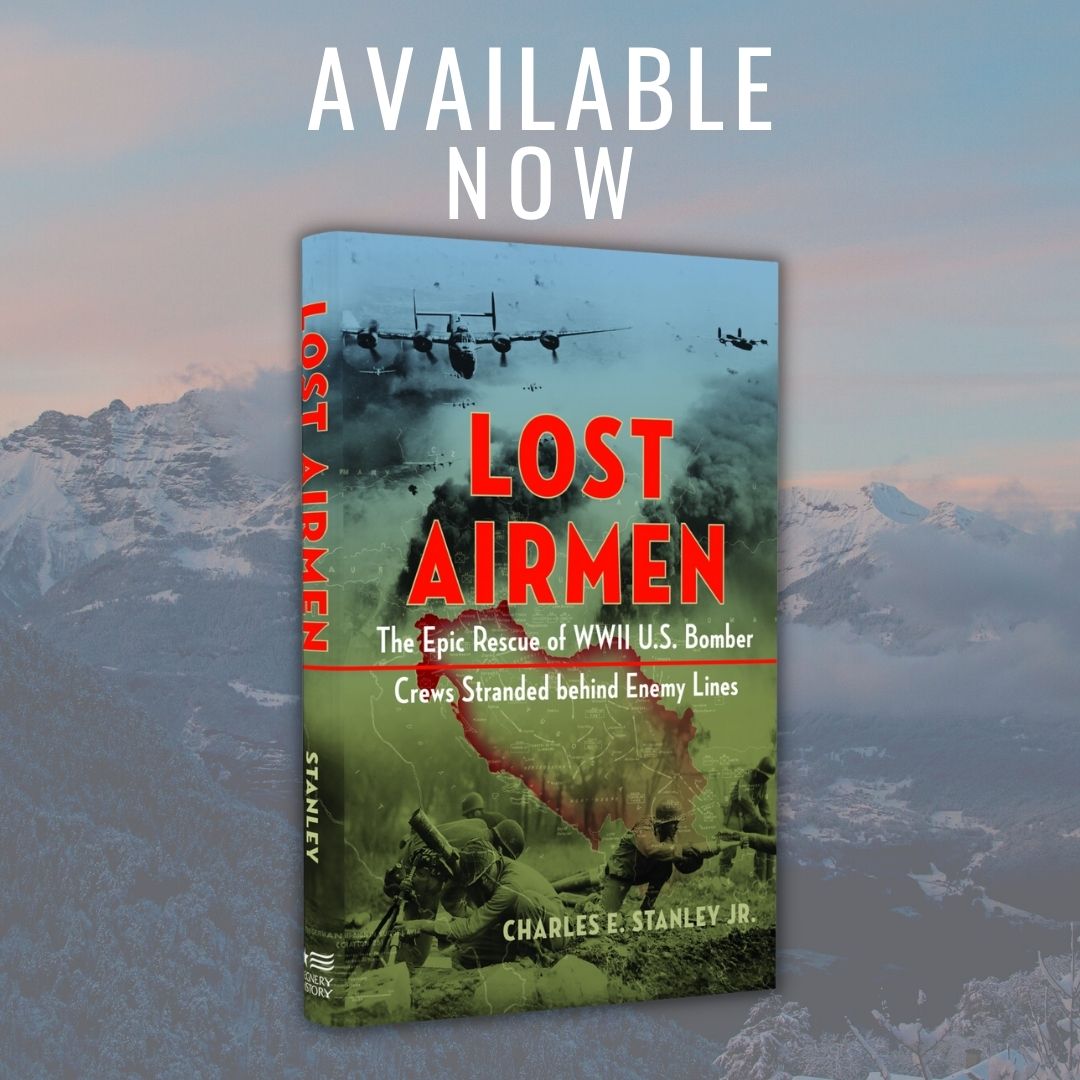 Late in 1944, thirteen U.S. B-24 bomber crews bailed from their cabins over the Yugoslavian wilderness. Bloodied and disoriented after a harrowing strike against the Third Reich, the pilots took refugee with the Partisan underground. But the Americans were far from safety.

Holed up in a village barely able to feed its citizens, encircled by Nazis, and left abandoned after a team of British secret agents failed to secure their escape, the airmen were left with little choice. It was either flee or be killed.

Today’s guest is Charles Stanley Jr, author of The Lost Airmen and son of Charles Stanley Sr., a B-24 pilot who was one of the airmen shot down. Drawing on over twenty years of research, dozens of interviews, and previously unpublished letters, diaries, and memoirs written by the airmen, Stanley recounts the deadly journey across the blizzard-swept Dinaric Alps during the worst winter of the Twentieth Century-and the heroic men who fought impossible odds to keep their brothers in arms alive.