The following article on Luftwaffe aircraft is an excerpt from Barrett Tillman’ D-Day Encyclopedia. It is available for order now from Amazon and Barnes & Noble.

This article features descriptions of the most important Luftwaffe aircraft in the German aircraft in the run-up and during World War Two. Histories and flight specifications are given below.

Apart from the Junkers 87 Stuka, the Messerchmitt 109 became the best known Luftwaffe aircraft of World War II. Drawing upon both design and construction techniques used in the firm’s Bf-108 trainer, the 109 was probably the world’s most advanced production aircraft when it appeared in 1935. The manufacturer was Bayerische Flugezeuge (Bavarian Aircraft), the products of which were identified with a ‘‘Bf ’’ prefix until the chief designer, Professor Willy Messerschmitt, was honored by use of the ‘‘Me’’ prefix, beginning with the twin-engine Me-210 fighter.

Ironically, the Bf-109 first flew with a British engine, the Rolls-Royce Kestrel, in September 1935. Developing less than seven hundred horsepower, the Kestrel propelled the German fighter to a top speed little over 250 mph, but the potential was obvious. Beginning in 1937, Daimlerpowered B and C models were combat-tested in the Spanish Civil War, with considerable success, by Condor Legion fighter pilots. The 109’s superior speed and armament effectively negated the greater maneuverability of Republican and Communist fighters, mainly biplanes.

By the fall of 1939 the Bf-109E was the standard Luftwaffe fighter, continuing a steady progression of models with upgraded engines and different armament. By D-Day the 109G, called ‘‘Gustav’’ by pilots and mechanics, was the most common version in service. In fact, the G series accounted for a staggering 70 percent of 109 wartime production. Powered by a DB-605 engine, the Gustavs came in bewildering variety, mostly defined by armament. The Bf-109G-6, for instance, carried a 30 mm cannon firing through the propeller spinner, two 13 mm guns synchronized through the propeller, and two 20 mm cannon mounted beneath the wings. Despite the Allied bombing that it was tasked to defeat, the 109’s production soared from 6,400 in 1943 to 14,200 aircraft in 1944.

Having demonstrated exceptional ‘‘stretch’’ for a 1935 design, the Messerschmitt 109 was past its prime by VE-Day. However, it set an exceptional record of thirty-three thousand airframes in that historic decade, and the type continued in limited postwar production in Czechoslovakia and Spain.

Among the finest fighters and Luftwaffe aircraft of World War II, the FW-190 was ordered as a hedge against the possibility of problems with the Messerschmitt Bf-109. Owing to Messerschmitt’s priority on liquid-cooled engines, the Focke-Wulf design was built around a BMW radial; it first flew in June 1939, three months before the war began. The airframe was world class from its inception, but engine cooling problems persisted and were not solved until the BMW 801 was selected and tested. The Wurger (Butcher Bird) entered front line service with Jagdeschwader 26 along the Channel coast in the summer of 1941 and created an immediate sensation. With 400 mph speed at twenty thousand feet, excellent performance, and potent armament of four 20 mm cannon and two 13 mm machine guns, the FW-190A series was capable of wresting air superiority from the RAF’s Spitfire Mark V. The British fighter retained its advantage in a turning contest, but the FW’s climb, dive, and roll rate allowed it to dictate terms of combat. Although further engine cooling problems had to be worked out by the factory, the odds were not evened until the Spitfire Mark IX appeared more than a year later.

FW-190s flew in every theater in which the Luftwaffe was engaged, including the Soviet Union and North Africa. Though suited to ground attack (one-third of all 190s were fighter bombers), its primary mission became defense of the Reich, especially when the U.S. Eighth and Fifteenth Air Forces began operating in earnest during 1943–44. The 190’s heavy weapons and armor protection suited it to the task of assaulting massed bomber formations, but increasing Allied fighter strength took its toll.

By June 1944 nearly all the Luftwaffe fighters in France had been withdrawn to Germany, beyond easy range of Allied fighter-bombers. Consequently, on D-Day only two FW-190s were able to attack the Normandy beaches. The mission was led by Lt. Col. Josef Priller, commanding officer of JG-26.

Wurger production continued in several variants until war’s end in May 1945. By then 20,068 FW-190s and Ta-152s had been built. They so impressed the Allies that the 190’s design influenced the U.S. Navy’s sensational Grumman F8F Bearcat.

The versatile Ju-88 was one of the most successful aircraft of the Second World War. First flight occurred in 1936; bomber production began two years later, with squadron service dating from 1939. Powered by two liquidcooled Jumo or BMW radial engines variously rated between 1,200 and 1,800 horsepower, the Ju-88 was fast, rugged, and supremely adaptable. The type typically flew with a three-man crew, performing equally well as a dive-bomber, reconnaissance aircraft, and night fighter. Ju-88s were committed to attacks on Allied naval vessels off Normandy, usually at night.

Total production amounted to fifteen thousand airframes, of which nine thousand were bombers. 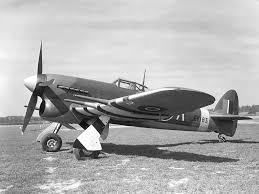 A Comprehensive Guide to the Army Air Corps