Mayan Art of the Tattoo

History » The Mayans » Mayan Art of the Tattoo 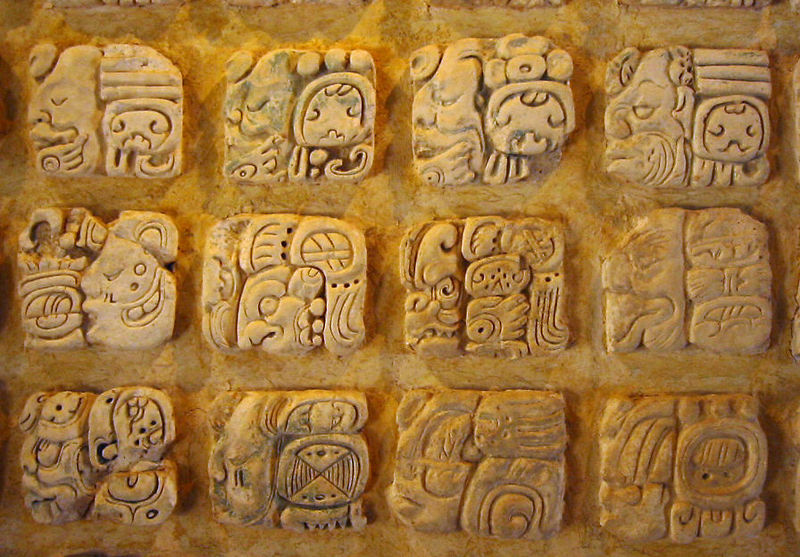 Mayans practiced many forms of body modification, including deforming a baby’s skull to create a pleasingly elongated shape, fostering crossed eyes, filing teeth, inlaying jade into a tooth, piercing and tattooing. The Mayans did this to be pleasing to the gods, for social status and for personal beauty. The noble class performed as many body modifications as they could, as Mayans believed the more extreme a modification, the higher the status of the individual. However, even Mayan commoners filed their teeth and tattooed their skin.

Getting a tattoo was painful. The tattooist would first paint the design on the body, then cut the design into the skin. The resulting scar and paint created the tattoo. The process often led to illness and infection. Mayans who got tattoos were honored for their bravery during the process, as it meant they had the fortitude to deal with the pain and suffering.

Mayan tattoos depicted symbols of the gods, power animals and spiritual symbols to express harmony and balance or the power of night or day. Powerful animals such as serpents, eagles or jaguars were favorites of nobles and warriors. Feathered serpents, a symbol of the powerful god Kukulkan, represented spirituality and wisdom. Eagles symbolized foresight and flight. Jaguars embodied bravery, stealth and power. These are still popular Mayan tattoos today.

Mayans honored their gods by depicting their myths in tattoos. When the Spaniards first saw tattooed Mayans, they were horrified to see people with “devils” pictured on their skin. Cortez found a Spaniard who had been shipwrecked living among the Mayans. Cortez asked the man, Gonzalo Guerrero, if he wanted to return to Spain. Guerrero replied that he couldn’t since he had tattooed his face and pierced his ears.

Mayans were an intensely spiritual people; to them, tattooing held deep meaning. First, tattoos designated their social status, specialized skills and religious power. Tattooing was also a sacrifice to the gods, to give the gods their suffering and blood. The symbols they chose as their tattoos represented their totem animal or the gods, who would then imbue their lives with a measure of power.

As a difficult and dangerous process, tattooing was the charge of the Mayan god Acat. While all Mayans were encouraged to get tattooed, many did not. The painful process of getting a tattoo turned many away. Getting a tattoo required time, as tattooists worked carefully one step at a time to create a tattoo. People often got sick during the process and would have to take time to recover. Overall, the Mayans loved body modifications and considered the pain a part of the process in order to honor the gods.