History » The Mesopotamians » Mesopotamian Warfare: The Sumerians, Akkadians and Babylonians 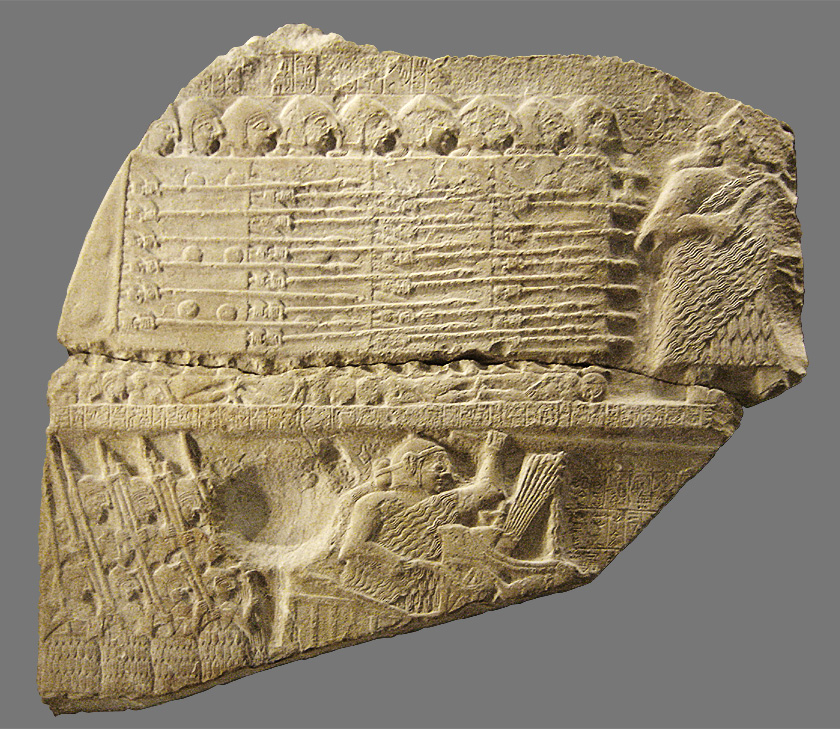 Each of these three great Mesopotamian civilizations, all related to each other, brought in new weapons and tactics to Mesopotamian warfare. All warred among themselves and with others. Mesopotamian cities usually went to war for water and land rights. As cultures based on agriculture, land and sufficient water supply were vital to the well-being of their cities. They fought for that which was vital to them, as well as for less crucial motives such as preeminence.

In Sumer, there was no standing army, although there may have been some professional soldiers. When the king, high priest and council of elders decided the need for war, they called all free male citizens to arms. Each citizen had to bring his own weapons. Common weapons included bows, spears, slingshots, battle axes, maces and knives. Protective armor was rare, although many carried shields. Professional soldiers wore helmets of copper.

When cities went to war, as did Umma and Lagash around 2525 B.C., the citizen armies came out from their cities and met on open land. At 300 feet distance, each army’s archers would shoot. The resulting barrage of arrows no doubt killed many, whose bodies were then trodden under foot when the armies charged each other with spears. Spears and rocks thrown by slingshots filled the air and many more died. Apparently, the army with the most men still standing won the day. This was the typical battle order of the times.

A stele raised by the king of Lagash commemorates the victory of that city over its neighbor and enemy city, Umma. The Stele of Vultures shows ranks of soldiers in a phalanx formation, armed with spears and wearing copper helmets and short, armored cloaks for protection. The king of Lagash rode to the battle in the chariot of the times—a clumsy, heavy cart pulled by four onagers, or semi-wild asses. Sumerian military innovation includes the chariot, helmet, armored cloaks, bronze axes and the phalanx formation in battle.

Sargon of Akkad created the first empire through conquest. Sargon’s conquest began with Sumer and stretched from the Persian Gulf to Syria and the Taurus Mountains in southern Anatolia or Turkey.

During Sargon’s 50-year reign, he fought in 34 wars, using a core military of 5,400 men, the first true standing army. Once a city-state was conquered, it was required to provide a contingent of military men for Sargon’s main army. This became a standard element for empires from then on, the use of conquered forces in the victor’s army. As armies grew larger, the need for competent administration and logistics grew in importance. Sargon’s talents included administration and delegation: he gave this work to trusted men in both civilian and military matters.

The invention of composite bow gave Sargon’s army a great advantage. Made of wood, horn and animal sinew laminated together, the composite bow had two to three times the power of a simple wooden bow. It could shoot twice the distance, and arrows shot from it could easily penetrate leather armor.

Hammurabi (1792 to 1750 B.C.), who created the first Babylonian empire, used all of Sargon’s weapons and tactics. He was known to create alliances, then later end them, conquering his former allies. Hammurabi’s reputation included damming up and diverting a city-state’s water sources. A clever emperor, his empire lasted only during his lifetime. The Later Neo-Babylonian Empire (626 to 539 B.C.) repeated his successes.