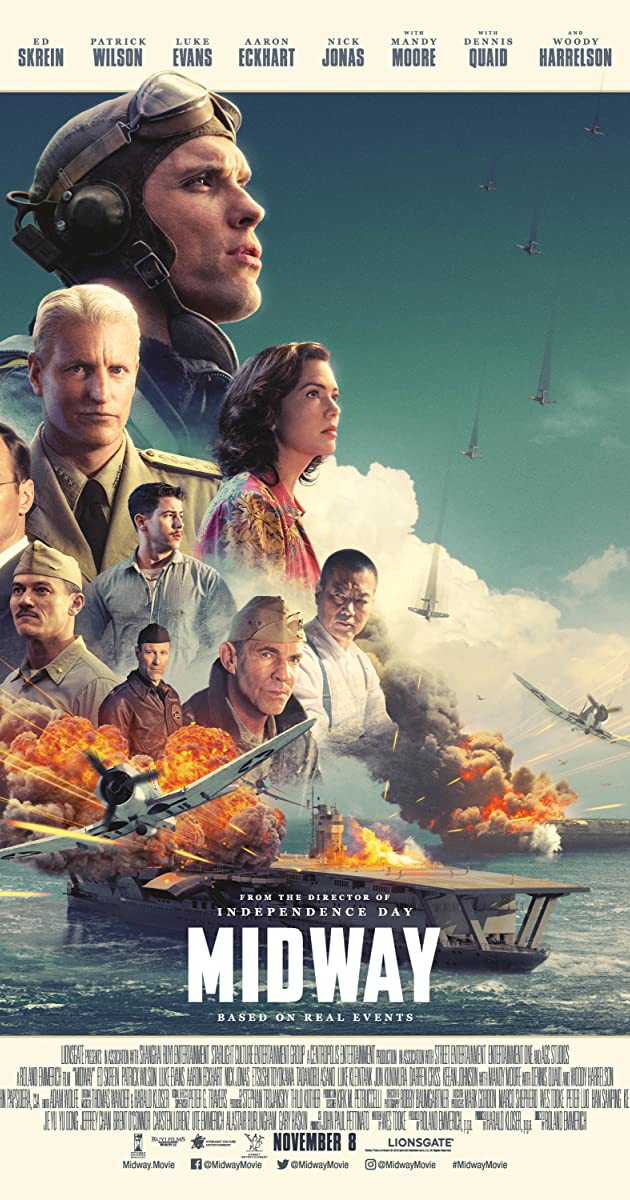 On June 4, 1942, a Japanese naval task force launched an attack on the American naval and air base at Midway Island. The task force then encountered an American carrier fleet, leading to an epic naval battle that changed the course of the war in the Pacific. The 2019 action-war film Midway tells the story of the leadup to the battle, the battle itself, and the aftermath. Is it historically accurate? Is it a quality film? In this episode, James and Sean answer these and other questions.