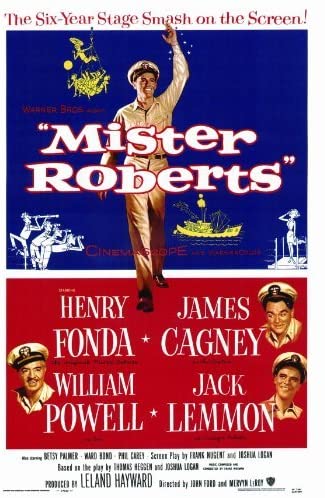 Not all World War II American naval personnel saw combat. Many spent the entire war in non-combat roles, including serving on the thousands of supply ships that were essential to the war effort. The classic 1955 drama/comedy Mister Roberts tells the story of one such supply ship and its crew, which is led by an eccentric captain but inspired by the executive officer Mister Roberts, who wants more than anything else to fight. Join James and Sean as they discuss this sometimes funny, sometimes gut-wrenching, but always enjoyable film.