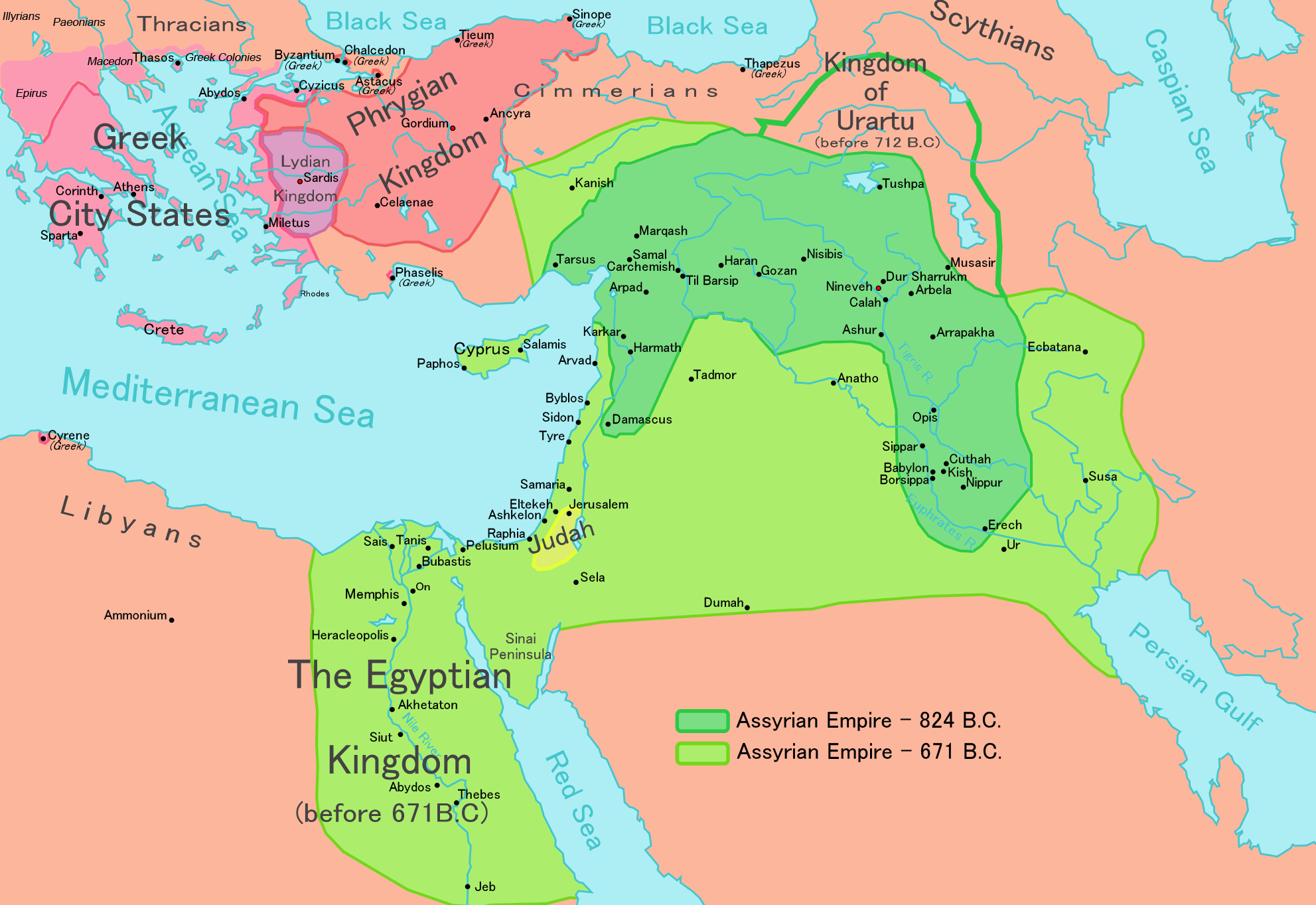 While the Sumerians, Akkadians and Babylonians were all good at war, they were pikers compared to the Assyrians who took warfare to new heights. During the time of the Neo-Assyrian Empire (c. 1000 to 609 B.C.), the Assyrian army was the most powerful military force yet seen. The 300 year duration of this empire consisted of never-ending wars, as the Assyrians based their economy and wealth on conquering all of Mesopotamia, Babylonia, Egypt, Elam (or western Iran), Syria, parts of Anatolia (Turkey) and Urartu (Armenia).

Based in the Mesopotamian city of Ashur, the Assyrians moved to take over as much territory as possible. To do this, they built roads, placed food and war supplies in strategically-placed storage depots and set up a pony express relay system to carry messages throughout the empire. With armies constantly on the move, the Assyrians ensured they had the necessary administration and logistics ready at all times.