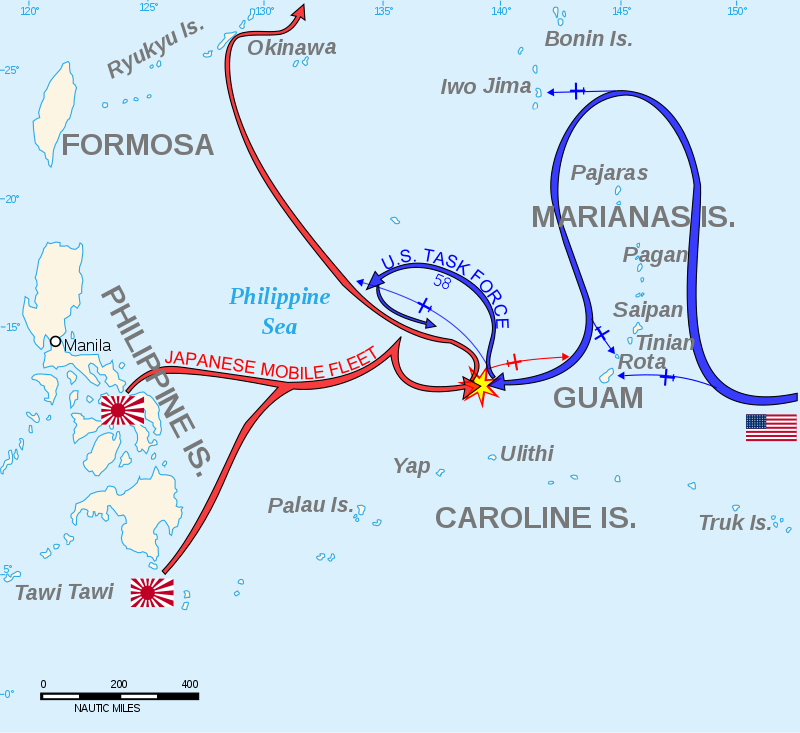 While the American attack on Saipan was still in progress, the Japanese Pacific fleet launched an attack on the American fleet, hoping to halt the invasion and to destroy the American fleet in a final, decisive battle.  The Japanese fleet was powerful, but it was no match for Admiral Raymond Spruance’s Fifth Fleet, which destroyed so many Japanese planes and ships that the battle became known as the “Great Marianas Turkey Shoot.”  In this episode, James and Scott discuss this dramatic and epic battle, along with the subsequent American capture of the islands of Guam and Tinian.