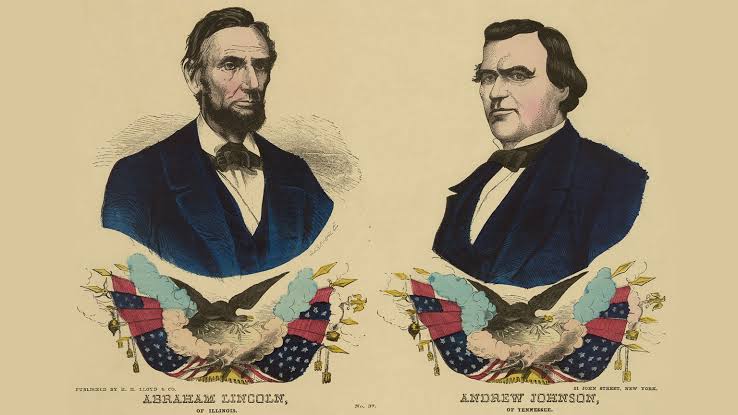 Following the Civil War, the North was determined to help the South rebuild, leading to the period of Reconstruction (1865-1877) during which the states that had seceded to the Confederacy were controlled by the federal government before being readmitted to the Union. However, Abraham Lincoln and his successor, Andrew Johnson, had diverging views on how to reunite the nation while dismantling the system of slavery in the South.

Lincoln and Johnson’s views of Reconstruction

While the war was still going on, Lincoln was already thinking ahead to the restoration of the Southern states. (The terminology is important: Lincoln would not have spoken of the readmission of the Southern states, since he believed the Union to be perpetual and indestructible, and secession, therefore, a metaphysical impossibility. The Southern states may think they seceded, but in Lincoln’s mind they never left at all; they had merely rebelled against the federal government.)

Andrew Johnson, who became president following Lincoln’s assassination in April 1865, pursued a roughly similar approach, though he added to the list of people requiring presidential pardons anyone who possessed wealth in excess of $20,000. This provision was intended to punish the planter class, which Johnson considered responsible for having persuaded Southerners to support secession. Although he favored the gradual introduction of black suffrage, like Lincoln he did not insist upon it as an immediate requirement.