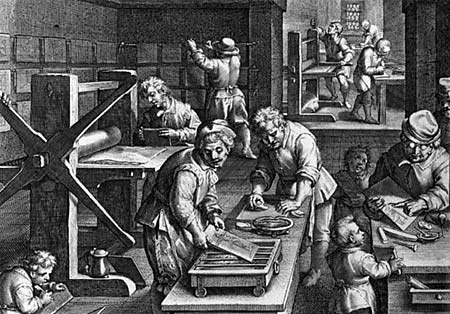 Why were there no printing presses in the Middle East until four centuries after Europe? Did it have to do with Islam prohibiting this technology? Was the calligraphy lobby too strong? Or is the answer more complicated?

The global spread of the printing press began with the invention of movable type by Johannes Gutenberg in 1439. A few decades later there were millions of books in Europe. But there were few printing presses in the Ottoman Empire until the 1800s. Some historians say this has to do with lack of interest and religious reasons were among the reasons for the slow adoption of the printing press outside Europe. The story goes that the printing of Arabic, after encountering strong opposition by Muslim legal scholars and the manuscript scribes, remained prohibited in the Ottoman empire between 1483 and 1729, initially even on penalty of death.

However, we will see in this episode that scholars and sultans had no problems with the printing press. The real reason for the printing press’s slow spread was twofold: First, the thousands of calligraphers made hand-copied books so cheap that printing presses were not needed. Second, Arabic letters are more difficult to render than Latin ones, meaning that the printing press had to become more technologically advanced before it could cheaply and easily churn out Arabic, Turkish, and Persian texts.

"Why The Printing Press Appeared in the Middle East 400 Years After Europe" History on the Net
© 2000-2020, Salem Media.
May 30, 2020 <https://www.historyonthenet.com/printing-press-appeared-middle-east-400-years-europe>
More Citation Information.
Loading...