Russian Aircraft Carriers: From the Cold War to Today 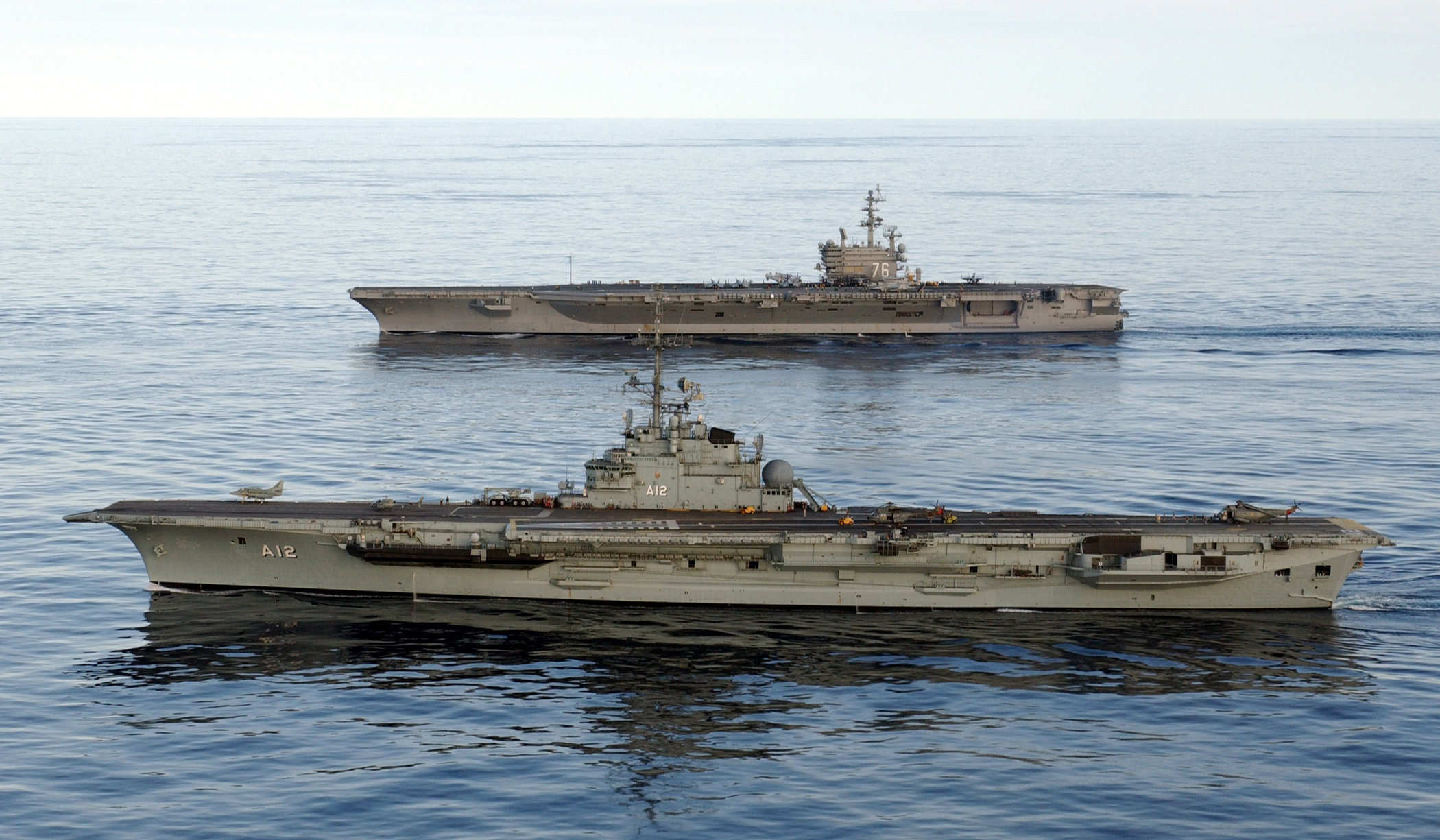 The following article on Russian aircraft carriers is an excerpt from Barrett Tillman’s book On Wave and Wing: The 100 Year Quest to Perfect the Aircraft Carrier. It is available to order now at Amazon and Barnes & Noble.

During the Cold War the Soviet Navy was caught between communist dogma and nautical reality. Though Russia had castigated the carrier as “the principal instrument of aggression” at a time when Moscow had no carriers, eventually a building program arose on the Baltic.

In 1967 the Soviets launched Moskva, a helicopter carrier, followed by her sister Leningrad two years later. They were twelve thousand-ton antisubmarine ships typically embarking fourteen Kamov helicopters. Both were retired in the 1990s.

Next among Russian aircraft carriers came the more ambitious four-ship Kiev class, commissioned between 1975 and 1987. Classed as “heavy aircraft carrying cruisers,” they displaced 30,500 tons with Yak-38 “jump jets” and updated Kamov helos. But they were also surface combatants, packing long-range cruise missiles. Most frequently they were assigned to the Mediterranean and Northern Fleets, none achieving much distinction.

In 1993 the Russian aircraft carriers Kiev and Minsk were sold to China, becoming tourist attractions, while Novorossiysk was sold for scrap. Admiral of the Fleet Gorshkov (formerly Baku) went to India in 2004, becoming INS Vikramaditya. In that role she became a genuine carrier with a “ski jump” bow, embarking navalized MiG-29Ks in 2010.

The Red Navy’s architect, Admiral Sergei Gorshkov, recognized big-deck carriers as the measure of great fleets, and he backed a construction scheme. In the early 1980s U.S. analysts projected a class of perhaps four Soviet carriers operating MiG and Sukhoi fighter bombers modified for fleet use. A summary in 1983 stated, “Our opponents will field their first genuine CV in 1988 or 1989 with task force organization on the horizon (probably employing multiple CVs) by the end of the next decade.”

The American projection proved significantly wrong. The two-ship Admiral Kuznetsov class began with the name ship commissioned in 1991, joining the Black Sea Fleet late that year. However, the forty-three thousand-ton carrier only began jet operations in 1993 with Sukhoi 33s. She fell in and out of commission for many years but remained deployable as of 2016.

Kuznetsov’s sister Varyag was laid down at Riga in the Ukraine in 1985 and was two-thirds complete when construction was canceled in 1988. A decade later she was sold to communist China, where she was commissioned in 2012. Christened Liaoning, she has become a learning platform for the Peoples’ Liberation Army Navy. She flies Chinese-built Su-33s with helicopters.

Four years before Liaoning was commissioned, Major General Quian Lihua of the Chinese Defense Ministry’s Foreign Affairs Office stated, “The navy of any great power. . .has the dream to have one or more aircraft carriers. The question is not whether you have an aircraft carrier, but what you do with your aircraft carrier.”

That statement indicates an awareness of reality. Merely possessing Russian aircraft carriers does not a carrier navy make, as combat operations require sustainability that one hull cannot deliver. Single-carrier navies must either remain satisfied with the perceived prestige of a “showboat,” or recognize that a first flattop must lead to others.

This article on Russian aircraft carriers is an excerpt from Barrett Tillman’s book On Wave and Wing: The 100 Year Quest to Perfect the Aircraft Carrier. It is available to order now at Amazon and Barnes & Noble.