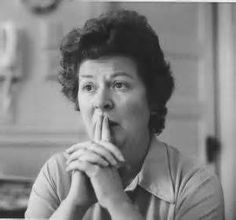 The following article on Sara Jane Moore is an excerpt from Mel Ayton’s Hunting the President: Threats, Plots, and Assassination Attempts—From FDR to Obama. It is available for order now from Amazon and Barnes & Noble.

Sara Jane Moore was a deranged forty-five-year-old West Virginian who had five broken marriages behind her and four children, three of whom had been adopted by her parents.

After moving to San Francisco, Moore became friendly with radicals. And on September 22, 1975, when Ford emerged from the St. Francis Hotel in San Francisco, Moore was waiting in a crowd across the street. As she took aim at Ford and began to fire, a bystander, disabled former Marine Oliver Sipple, grabbed her gun, deflecting the shot. The bullet missed Ford by several feet, bounced off a wall, and hit a nearby cabdriver, who was slightly injured. As the shot was fired, Ford winced. He was bundled into his limousine by agents, and the car sped off at high speed. The agents were lying on top of Ford as they drove off to the airport. “I’m going to be crushed to death,” Ford told them. “It’s an armor-plated car. Get off of me.”

Following her arrest, Moore said, “If I had had my .44 with me I would have caught him.” The FBI case agent, Richard Vitamanti, determined that if Moore had used her other .44 gun, or if the sight of the .38 had not been faulty, she would have killed Ford. “She would have had at least a head shot,” Vitamanti said, “maybe even better, because she had been practicing . . . [her] shot was off about six inches.”

Sara Jane Moore pleaded guilty to the attempted assassination of President Ford and was sentenced to life in prison. At her sentencing hearing, Moore said: “Am I sorry I tried? Yes and no. Yes, because it accomplished little except to throw away the rest of my life. And, no, I’m not sorry I tried . . . because at the time it seemed a correct expression of my anger.”

Moore was paroled in 2007 after serving thirty-two years behind bars. In 2009, she told NBC’s Today television program, “It was a time that people don’t remember. You know we had a war . . . the Vietnam War, you became, I became, immersed in it. We were saying the country needed to change. The only way it was going to change was a violent revolution. I genuinely thought that [shooting Ford] might trigger that new revolution in this country.”

This article on Sara Jane Moore is from Mel Ayton’s Hunting the President: Threats, Plots, and Assassination Attempts—From FDR to Obama.. Please use this data for any reference citations. To order this book, please visit its online sales page at Amazon or Barnes & Noble.