Sherman’s Attack on the South 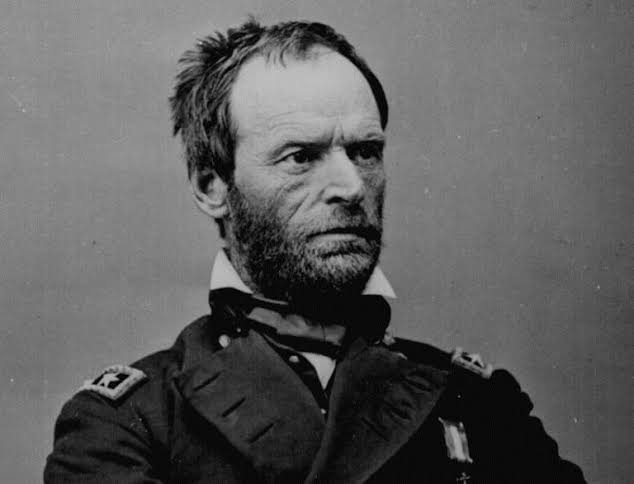 The destructive acts of Union General William Sherman during the final year of the Civil War alone would involve a great many pages. In Vicksburg, Mississippi, Sherman’s troops destroyed houses and stripped farmland of all crops. “The city was so heavily bombed,” writes Thomas DiLorenzo, “that the residents had to resort to living in caves and eating rats, dogs, and mules.” Similar tactics were followed in Jackson, which was bombarded relentlessly. The soldiers robbed and then destroyed homes. “The inhabitants are subjugated,” Sherman observed. “They cry aloud for mercy. The land is devastated for thirty miles around.” Describing what his men had done to Meridian, Mississippi, where no Confederate army presence existed at the time, Sherman wrote, “For five days, 10,000 of our men worked hard and with a will, in that work of destruction, with axes, sledges, crowbars, clawbars, and with fire, and I have no hesitation in pronouncing the work well done.” Meridian, he said, “no longer exists.”

And this is not to mention Sherman’s better-known atrocities, particularly in Georgia. Now for many people today, this conception of war has grown so familiar, perhaps even crudely sensible, that it is difficult to conceive of the conduct of war in any other way. That only goes to show the extent of our moral captivity to twentieth-century ideas. This behavior was not considered normal or morally acceptable in the nineteenth century. Sherman himself put it best when he admitted that according to what he had been taught at West Point, he deserved to be executed for war crimes.

What happened in the United States was a national tragedy. No one, of course, mourns the passing of the slave system. But consider Brazil’s experience. Slavery collapsed in Brazil after being abolished in the Brazilian state of Ceará in 1884. Slaves escaped to Ceará, and a fugitive slave law that was hastily passed was largely ignored. The value of slaves fell dramatically, and within four years the Brazilian government had acknowledged the reality of the situation by enacting immediate and uncompensated emancipation. This is exactly why abolitionist William Lloyd Garrison the liberator favored the secession of the North: to lure slaves away from the South and make the slave system untenable.

But those who can see nothing more than slavery at stake in this contest miss the insight of men like British libertarian Lord Acton, who saw in this victory for centralization a terrible defeat for the values of civilized life in the West. In a November 1866 letter to Robert E. Lee, Lord Acton wrote:

I saw in States’ rights the only availing check upon the absolutism of the sovereign will, and secession filled me with hope, not as the destruction but as the redemption of Democracy. The institutions of your Republic have not exercised on the old world the salutary and liberating influence which ought to have belonged to them, by reason of those defects and abuses of principle which the Confederate Constitution was expressly and wisely calculated to remedy. I believed that the example of that great Reform would have blessed all the races of mankind by establishing true freedom purged of the native dangers and disorders of Republics. Therefore I deemed that you were fighting the battles of our liberty, our progress, and our civilization, and I mourn for the stake which was lost at Richmond more deeply than I rejoice over that which was saved at Waterloo.