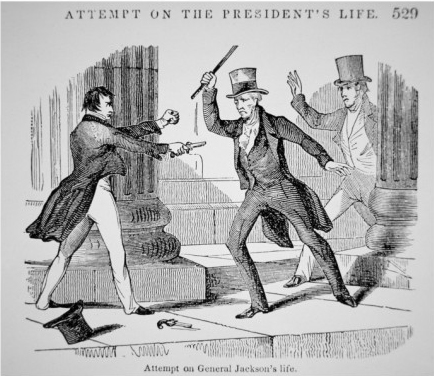 The following article on Stephen Ashburn is an excerpt from Mel Ayton’s Hunting the President: Threats, Plots, and Assassination Attempts—From FDR to Obama. It is available for order now from Amazon and Barnes & Noble.

One of the most dangerous individuals ever to threaten George H.W. Bush’s life were lone-wolf terrorists who offered their services to Iraqi intelligence. Thirty-four-year-old Stephen Ashburn’s threat was discovered through electronic surveillance under the Foreign Intelligence Surveillance Act. In January 1991, Ashburn, who had a doctorate in organic chemistry, contacted Iraqi Embassy officials and offered to kill Bush using Serin, a potent nerve gas.

Ashburn was arrested and tried in a Baton Rouge federal court. Neil Gallagher, chief of the FBI’s counterterrorism section, said Ashburn was “quite capable” of developing the gas. He would have used an aerosol delivery system to attack the president.

On February 22, 1991, Ashburn pleaded guilty to federal charges of threatening to kill the president. After entering his plea the judge asked him if he had been joking. Ashburn replied, “No.”

There were similar threats to the life of President Bush similar to those of Stephen Ashburn. Another such threat came from Jamal Mohammed Warrayat, a Palestinian and naturalized American citizen living in New Jersey with his wife and children. His parents lived in Kuwait, and other relatives lived in Iraq. He came to the United States in the early 1970s and served four years in the army until 1979. After leaving the army, he became unemployed.

This article on Stephen Ashburn is from Mel Ayton’s Hunting the President: Threats, Plots, and Assassination Attempts—From FDR to Obama. Please use this data for any reference citations. To order this book, please visit its online sales page at Amazon or Barnes & Noble.