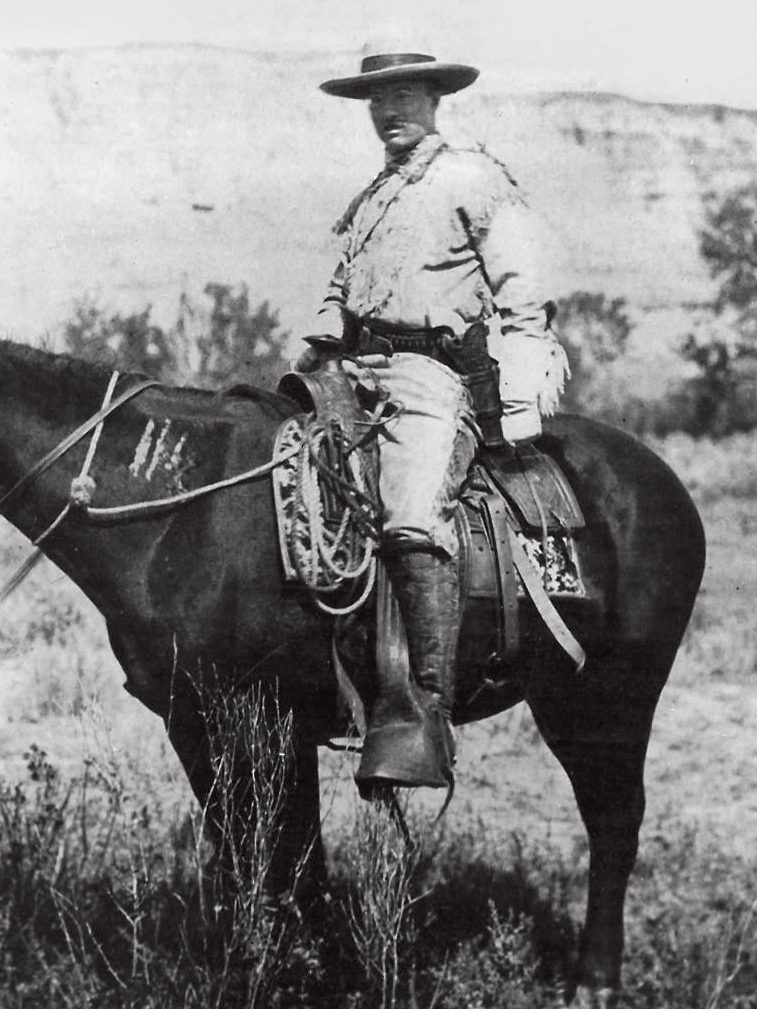 In the year 1884, four months after Theodore Roosevelt’s wife and mother died, there was still a Wild West; and though it would end soon, there was yet room for one more man who had lost everything. Roosevelt boarded a train in the middle of the night. The engine chugged out of the station as he stared out at the fading lights of the East. He didn’t hurry the train along this time. He was leaving and heading into the unknown darkness. His last words to a World reporter were that he was heading West and “what I shall do after that I cannot tell you.”

The twenty-four-hundred-mile journey took him first to Chicago, where he switched to the St. Paul Express, which then plunged into the great flat plains of the American Midwest. When he crossed the Red River at Fargo and slipped past the Western Boundary of the United States, Teddy Roosevelt knew he had reached the vast Dakota Territory.

Teddy Roosevelt wasn’t born as the rough riding, big-game-hunting, Amazon-exploring legend that America has come to love. So how did he become the larger-than- life character portrayed in history books? He was forged by the last vestige of the Wild West—the Badlands of the Dakota Territory. Yet this side of one of America’s most popular presidents has mostly gone unexplored

In this episode I talked with William Hazelgrove, author of the book Forging a President: How the Wild West Created Teddy Roosevelt. Roosevelt once stated, “I have always said I would not have been president had it not been for my experience in North Dakota.”

Faced with tremendous heartbreak and extreme adversity, Roosevelt headed West for comfort and healing. Little did he know that the ways of trappers and thieves would create his bombastic personality, and later lead him to run for president of the United States.

In this episode we discuss

You can do that immediately by signing up at www.thegreatcoursesplus.com/Unplugged

The Great Courses is the most comprehensive online learning site of its kind. With this video and audio streaming service you have unlimited access to learn from award-winning professors and experts about anything that interests you.

There’s over 8,500 different lectures across so many different subjects, including history, science, language…even hobbies like cooking and photography.

You can watch the videos on a TV, laptop, tablet or smartphone or stream the audio with The Great Course Plus and listen along as you’re going about your day!

Start your Free Month Now – you will love it!

"How Teddy Roosevelt Became The Man He Was in the Badlands—William Hazelgrove of “Forging a President”" History on the Net
© 2000-2023, Salem Media.
January 27, 2023 <https://www.historyonthenet.com/teddy-roosevelt-became-man-badlands-william-hazelgrove-forging-president>
More Citation Information.
Loading...
Loading...