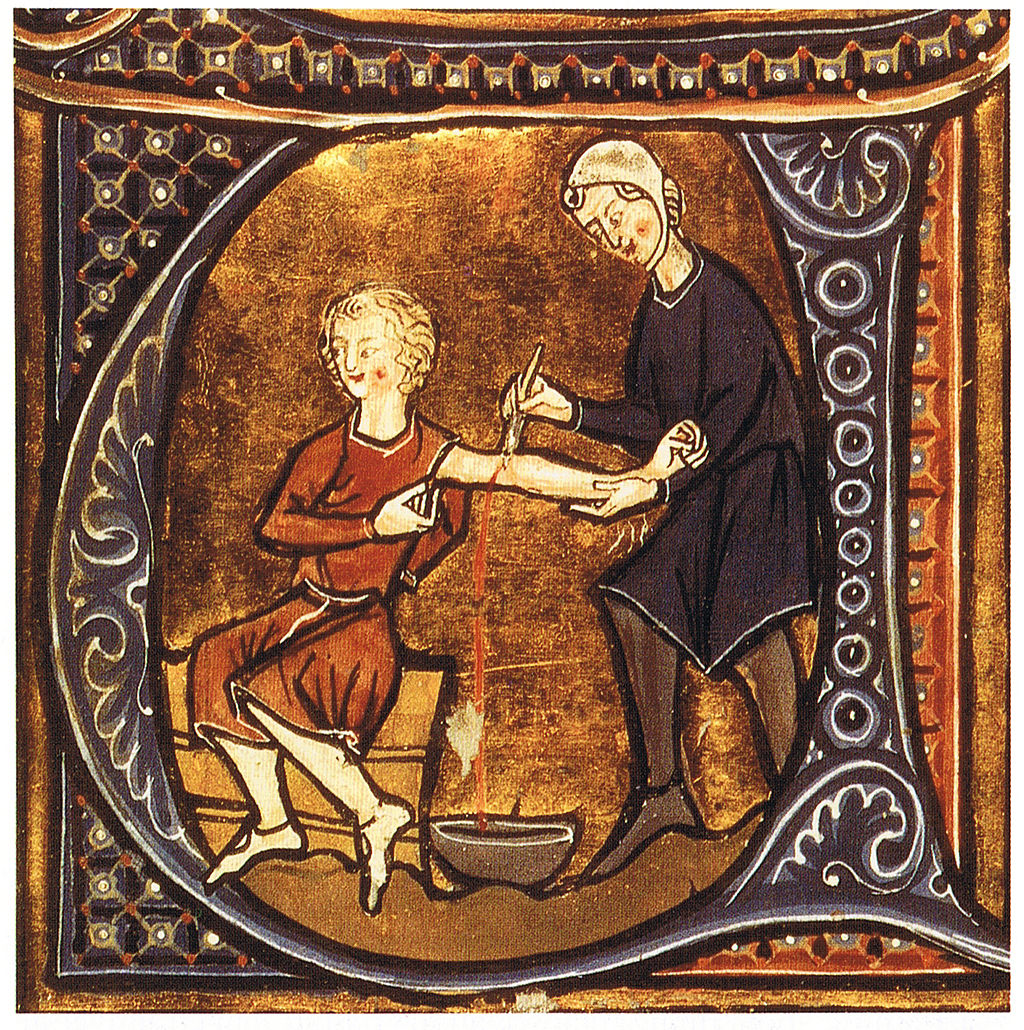 Medical treatment in the Middle Ages was quite painful due to the lack of anesthetic and proper medical knowledge of the surgeon. The Middle Ages was a time full of interesting history, rich art, revolutionizing philosophy, epic heroes, and even a bit of magic. However, it was not a very pleasant period to be a medical patient. The common way to relieve pain amongst sick people was to inflict more pain upon them, and then hope to the stars for a bit of luck. Monks with little to no experience, aside from castrating animals and having access to a few medical books, performed surgery on human beings. The medicine was basic, and the terrible illness that plagued those times was complex. Ultimately, this led to the creation of some very excruciating medical treatments. 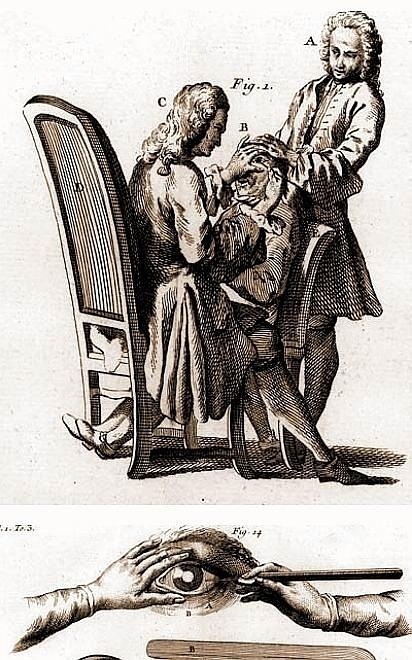 During the early days of the Middle Ages, surgeons used a painful process called “Needling” to perform cataract surgery. It involved a thick flat needle, which a doctor would push directly into the edge of a person’s cornea, with no anesthetics, except for maybe a cup of bitter red wine.

The idea behind this technique was to push the opaque lens back into the lowest part of the eye, which would result in a clear pupil. However, the ailing patient was typically left with an unfocused eye, sort of like a camera with no lens. The amount of vision would only allow a person to read the huge letters found in modern eye tests. Not enough to read the Bible, but enough to plow a field. 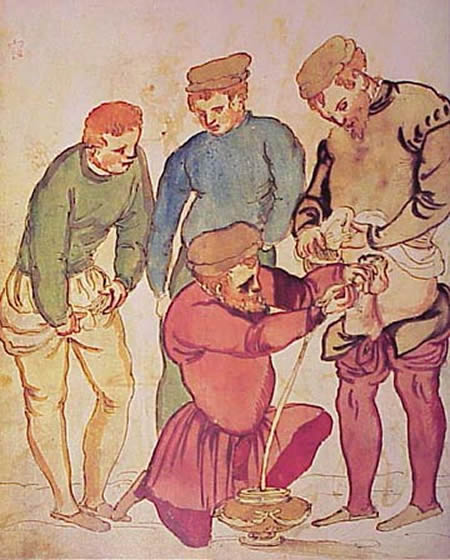 Catheters were used in medieval times to relieve painful urinary diseases. Back in those days, there was a lack of antibiotics and a surplus of venereal viruses such as syphilis, so many people suffered from the woes of blocked bladders. The medieval catheter consisted of a metal tube, which was painfully inserted through the urethra, and then into the bladder. When a tube could not enter the bladder of a person, doctors used other equally painful tactics.

Common kidney stone treatment consisted of a physician’s assistant sitting on top of you, while you had your legs strapped to your neck. As the assistant held you tightly, the physician would then insert two fingers up your rectum, and press a fist against your pubes until he found a hard pellet that would signal a stone. The stone was then extracted through a person’s bladder using a sharp instrument.

If you visited a doctor during the Middle Ages, regardless of your illness, he would have probably prescribed you with the classic bloodletting treatment. Bloodletting was as common back then as cold medicine is today. If a patient went in with a mild headache and a sore throat, it was common practice for a physician to open a vein with a lancet, and then let the blood flow freely into a container. Bloodletting was so common, that even barbers of the era began to offer the service, along with stylish trims and shaves. Some people would have the treatment several times a year, as a way of staying healthy. 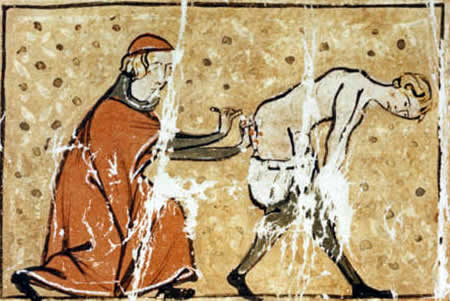 St. Fiacre is known as the “patron of hemorrhoids.”  The tale says that St. Fiacre, a seventh century Irish monk who suffered from the disease, sat on a hard rock and was miraculously cured of his illness. After that, the rock became known as St. Fiacre’s Rock. Some medieval doctors who believed in the tale would send their patients to sit on the famous rock for a few hours to cure themselves of the disease.

As a useless treatment, however, it was not nearly as painful as what other less superstitious doctors prescribed their patients. The more scientific monks would insert a red-hot iron tube up the person’s rectum and then call it a day. 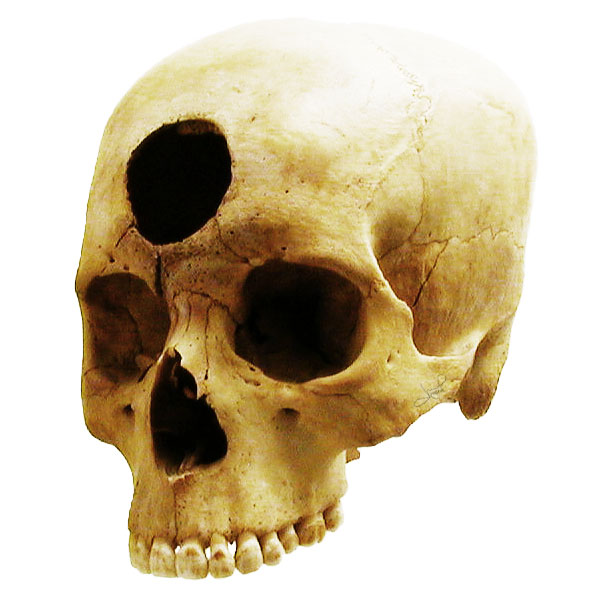 Trepanning is a surgical procedure that involves the drilling or boring of a hole into the human skull. This painful hole exposes the dura mater, an outer membrane of the brain, which physicians use to treat an array of different health problems.

Doctors used this practice in the Middle Ages to treat illnesses like epilepsy, migraines, and a variety of mental disorders. If you were suffering from depression, a little hole to the head was in order. Unfortunately, the hole to the head commonly exposed the brain to airborne germs, and it often proved fatal for patients.