The Constitution of the United States of America 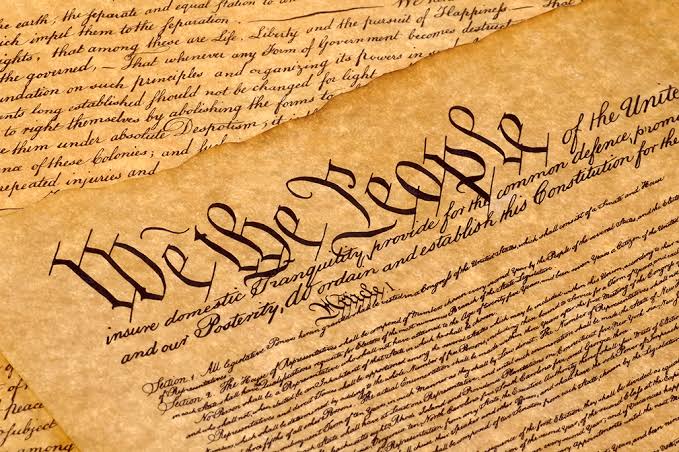 The Constitution of the United States of America established America’s national government and fundamental laws, and guaranteed certain basic rights for its citizens. It was signed on September 17, 1787, by delegates to the Constitutional Convention in Philadelphia.

In the summer of 1787, delegates from every state except Rhode Island gathered in Philadelphia to discuss revisions to the Articles of Confederation, which had been drafted and ratified during the War for Independence. The states believed that the government had become weak and ineffective, and needed an injection of vigor and strength. When the delegates met, they decided instead to create a new document, albeit one that drew from passages of the Articles.

The constitution of the United States of America gave the federal government the power to tax, which it lacked under the Articles. It established three distinct branches of government—executive, legislative, and judicial—and provided “checks and balances” by which each branch could resist the encroachments of another. It provided for a two-house legislature, with representation determined on the basis of population in the House of Representatives and on equality among the states in the Senate.

The constitution of the United States of America is okay, say states, but we get to bolt just in case…

While the convention delegates sought to strengthen the power of the central government, they wanted to prevent the new government from encroaching upon the states’ rights of self-government. James Madison suggested that the new federal government be given the power to veto state legislation. This proposal was overwhelmingly defeated, and no wonder—it would have repudiated everything the colonists had fought for in their struggle against the British. That the federal judiciary today routinely strikes down state laws is an unfortunate reminder of how far our present system has strayed from the Framers’ original intent.