The Epic of Gilgamesh

History » The Mesopotamians » The Epic of Gilgamesh 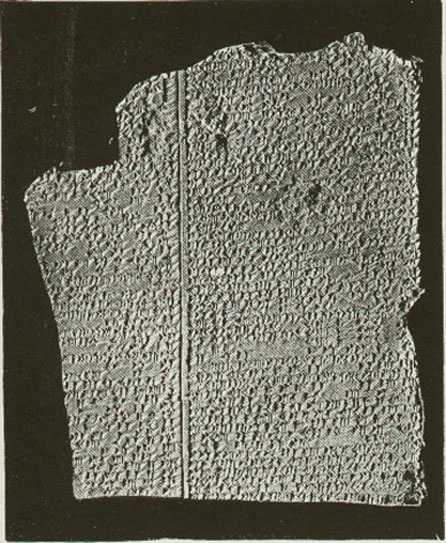 The oldest epic tale in the world was written 1500 years before Homer wrote the Illiad. “The Epic of Gilgamesh” tells of the Sumerian Gilgamesh, the hero king of Uruk, and his adventures. This epic story was discovered in the ruins of the library of Ashurbanipal in Nineveh by Hormuzd Rassam in 1853. Written in cuneiform on 12 clay tablets, this Akkadian version dates from around 1300 to 1000 B.C.

“The Epic of Gilgamesh” was one of the most beloved stories of Mesopotamia. According to the tale, Gilgamesh is a handsome, athletic young king of Uruk city. His mother was the goddess Ninsun and his father the priest-king Lugalbanda, making Gilgamesh semi-divine. Gilgamesh is rambunctious and energetic, but also cruel and arrogant. He challenges all other young men to physical contests and combat. He also proclaims his right to have sexual intercourse with all new brides. Gilgamesh’s behavior upsets Uruk’s citizens and they cry out to the great god of heaven Anu for help with their young king.

The gods send a wild man, Enkidu, to challenge Gilgamesh. At first, Enkidu lives in the rural wilds, living with animals. He is partially civilized by a temple priestess, Shamhat, who seduces him and teaches him how to eat like a human being. Enkidu then heads for Uruk and meets Gilgamesh and they fight. Gilgamesh wins the fight, and he and Enkidu become the best of friends.

The first half of the epic concerns the adventures of Gilgamesh and Enkidu. They conquer and kill the monster Humbaba, who the gods had set over the Forest of Cedar. Gilgamesh rejects Ishtar/Inanna when she tries to seduce him. In revenge, Ishtar asks the god Enlil for the Bull of Heaven, with which to attack Gilgamesh. However, Gilgamesh and Enkidu kill the Bull, which angers all the gods. The gods decide to punish Gilgamesh by the death of Enkidu.

The second half of the epic has Gilgamesh searching for immortality as he deeply mourns Enkidu’s death and worries about his own. He searches for Utnapishtim, an immortal man who survived the Great Flood, a precursor to the Biblical Noah. Gilgamesh finally finds Utnapishtim, who tells him to accept his mortality as he cannot change it. Gilgamesh then returns to Uruk and becomes a good king. He rules for 126 years, according to the Sumerian King List.

Gilgamesh was not only an epic hero, but a historical king of Uruk who appears in contemporary letter and inscriptions found by archeologists. From a human, mortal king, however, in stories Gilgamesh became the semi-divine hero of Mesopotamia’s greatest tale.

“The Epic of Gilgamesh” conveys many themes important to our understanding of Mesopotamia and its kings. Themes of friendship, the role of the king, enmity, immortality, death, male-female relationships, city versus rural life, civilization versus the wild and relationships of humans and gods resound throughout the poem. Gilgamesh’s many challenges throughout the poem serve to mature the hero and make him a good king to his people.