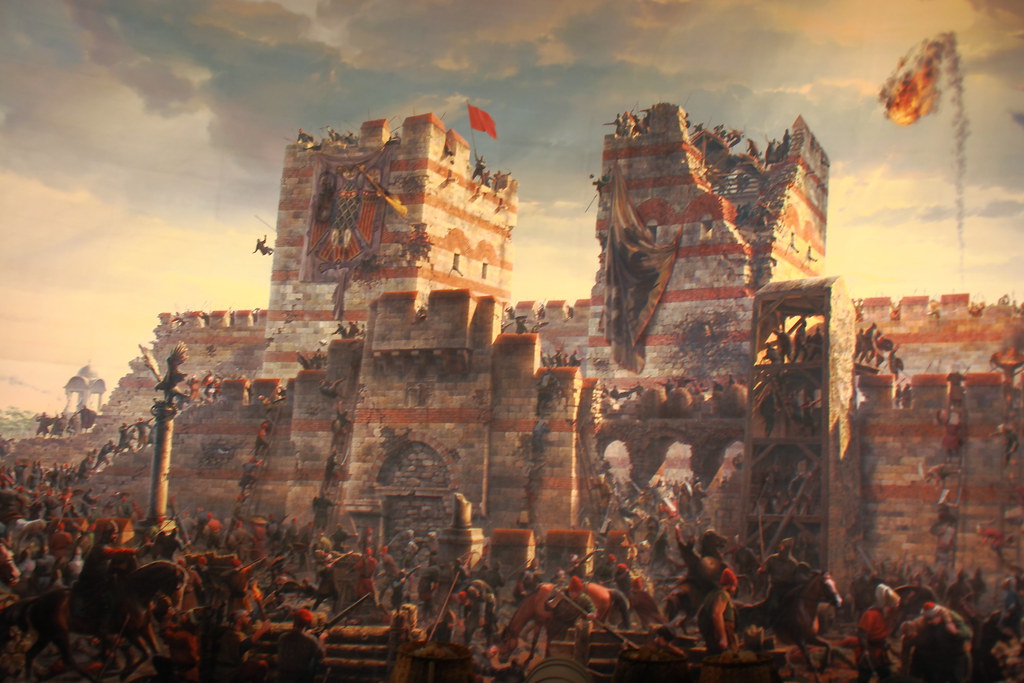 1453 was the most shocking year in Europe since the starting of the Bubonic Plague (1347), the beginning of the First Crusade (1095), or the crowning of Charlemagne as Holy Roman Emperor in 800. Many called it the Year the Middle Ages ended. That’s because the Ottomans, an upstart empire less than two centuries removed from being a semi-nomadic chieftainship and vassal state of the Mongols, conquered Constantinople, the crown jewel of eastern Christendom and the “still-beating heart of antiquity”

Learn how Mehmet, the 21-year-old Sultan, conquered the city by assembling an army of 100,000, commissioned a cannon that could fire a 1,200-pound ball, and had warships hauled out of the water and over hills in order to enter the enemy’s harbor.

"The Fall of Constantinople in 1453 Ended the European Middle Ages and Sealed the Rise of the Ottomans" History on the Net
© 2000-2021, Salem Media.
January 16, 2021 <https://www.historyonthenet.com/the-fall-of-constantinople-in-1453-ended-the-european-middle-ages-and-sealed-the-rise-of-the-ottomans>
More Citation Information.
Loading...