The Olympics – Forerunners to the Modern Olympics

History » Olympics » The Olympics – Forerunners to the Modern Olympics
Loading... 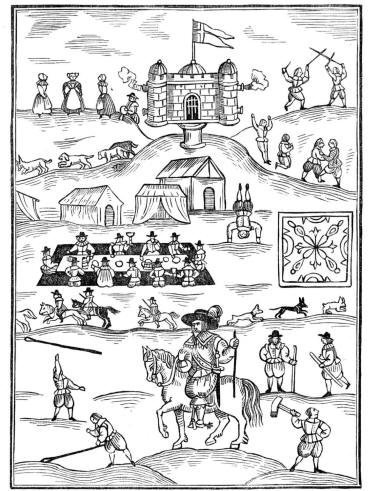 In 1612 a local Cotswold lawyer, Robert Dover, organised an Olympick sports festival. It is thought that he organised the games because he believed that it was necessary for people to be fit and healthy in order to defend the country from any potential attack.

The games were held on the Thursday and Friday prior to Whitsun weekend on land that became known as Dover’s Hill, and had a carnival atmosphere. A wooden castle-like pavilion took centre stage.

The games continued to be held yearly until the beginning of the English Civil War 1642. They were revived in 1660 following the restoration of the monarchy but soon became more of a country festival than a serious sporting contest. The games ended in 1852 when common land was fenced off and no longer available for public use.

In 1928 the land that had been used for the games, Dover’s Hill, was purchased by the National Trust.

In 1951 the games were revived as part of the Festival of Britain.

In 1965 the Robert Dover Society was founded in 1965 and the games have been held yearly on Dover’s Hill ever since. 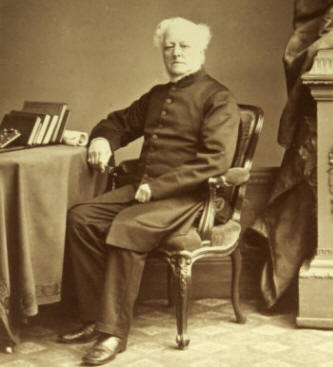 William Penny Brookes (1809-1895) was a doctor who lived in Much Wenlock, Shropshire. He was a great believer that sport should play a part in education rather than just being a leisure-time activity and coined the phrase ‘physical education’.

Dr Brookes founded the Much Wenlock games for the “promotion of moral, physical and intellectual improvement” of the local community by encouraging participation in sport.

The Wenlock games were first held in October 1850 and included sports such as athletics as well as traditional village sports such as cricket, quoits and football.  The winners of each event were rewarded with a small prize of money.

The Much Wenlock games have continued to be held yearly. Sports that have been included at the Much Wenlock games over the years include: cricket, football, high jump, long jump, running, hopping races (for children), quoits, chasing the pig, putting the stone and the wheelbarrow race. 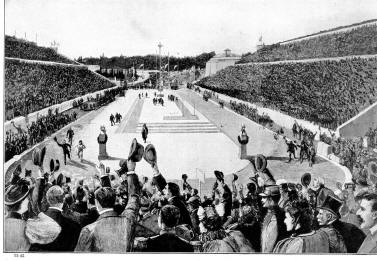 In 1833 Alexandros Soutsos wrote a poem which called for a revival of the Ancient Greek games. The poem was read by wealthy Greek Evangelis Zappas who decided to try to put the revival into effect.

In 1859 the first Zappian games took place in the centre of Athens. The event was very disorganised with thousands of people turning up to participate. The lack of organisation led to these games being a complete failure.

Not to be put off Evangelis Zappas organised the second Zappian games in 1870. Lessons had been learned from the failure of the 1859 games and rules had been drawn up for all events and athletes were required to register before the games began. The games began with a specially composed Olympic anthem being played. Athletes took part in a total of nine events.

Following the success of the 1870 games the third Zappian Games were held in 1875. These games were organised by Ioannis Phokianos head of the public school who incorporated gymnastic exercises into the games. Although fairly well attended these games were not deemed to be successful.

The fourth Zappian games had been scheduled for 1885 but were postponed until 1889 when they were again organised by Ioannis Phokianos. After a somewhat chaotic start these games were successful and athletes competed in twelve events including – racing, discus throwing, pole vault, parallel bars and wrestling.