History » The Titanic » Why Did the Titanic Sink? Five Theories 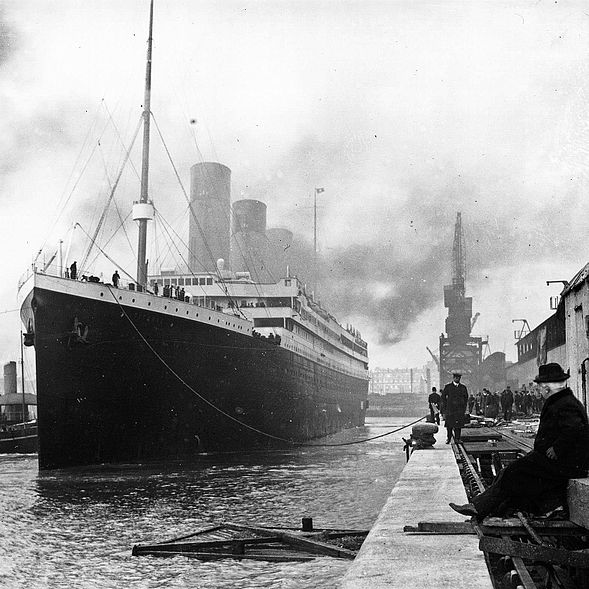 Why did the Titanic sink? Numerous theories have coalesced over the years, and they each have their defenders. Some are more plausible than others, but they each have a shred of plausibility due to the complexity of maritime navigation in the North Atlantic, and steering a massive, untested ship. But why did the largest, most advanced ship of the century sink?Below are theories on why the Titanic sunk.

Why did the Titanic sink? It was Captain Smith’s fault

This was Captain E. J. Smith’s retirement trip. All he had to do was get to New York in record time. Captain E. J. Smith said years before the Titanic’s voyage, “I cannot imagine any condition which would cause a ship to founder. Modern shipbuilding has gone beyond that.” Captain Smith ignored seven iceberg warnings from his crew and other ships. If he had called for the ship to slow down then maybe the Titanic disaster would not have happened.

It was the shipbuilder’s fault

It was Bruce Ismay’s fault

Bruce Ismay was the Managing Director of the White Star Line and he was aboard the Titanic. Competition for Atlantic passengers was fierce and the White Star Line wanted to show that they could make a six-day crossing. To meet this schedule the Titanic could not afford to slow down. It is believed that Ismay put pressure on Captain Smith to maintain the speed of the ship.

It was Thomas Andrews’ fault

The belief that the ship was unsinkable was, in part, due to the fact that the Titanic had sixteen watertight compartments. However, the compartments did not reach as high as they should have done. The White Star Line did not want them to go all the way up because this would have reduced living space in first class. If Mr Andrews, the ship’s architect, had insisted on making them the correct height then maybe the Titanic would not have sunk.

It was Captain Lord’s Fault

The final iceberg warning sent to Titanic was from the Californian. Captained by Stanley Lord, she had stopped for the night about 19 miles north of Titanic. At around 11.15, Californian’s radio operator turned off the radio and went to bed. Sometime after midnight the crew on watch reported seeing rockets being fired into the sky from a big liner. Captain Lord was informed but it was concluded that the ship was having a party. No action was taken by the Californian. If the Californian had turned on the radio she would have heard the distress messages from Titanic and would have been able to reach the ship in time to save all passengers.

Was Captain Smith past his best?

Was money a key factor in the disaster?

Did laws need to be changed?

Who was to blame for the sinking of the Titanic?

Both America and Britain held inquiries into the disaster. both reached the almost identical conclusions.

The American inquiry concluded that Captain Smith should have slowed the speed of the boat given the icy weather conditions.

The British inquiry, on the other hand, concluded that maintaining speed in icy weather conditions was common practice.

Both inquiries agreed on who was most at fault – Captain Stanley Lord of the Californian. The inquiries stated that if Lord had gone to Titanic’s assistance when the first rocket was seen then everyone would have been saved.

Both inquiries made recommendations:

All ships must carry sufficient lifeboats for the number of passengers on board.
Ship radios should be manned 24 hours a day.
Regular lifeboat drills should be held.
Speed should be reduced in ice, fog or any other areas of possible danger.

For more information on answers to such questions as why did the Titanic sink, see The Hunt for Hitler’s Warship © 2015 by Patrick Bishop. To order this book, please visit its online sales page at Amazon or Barnes & Noble.