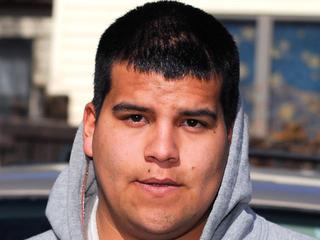 The following article on Timothy Ryan Gutierrez is an excerpt from Mel Ayton’s Hunting the President: Threats, Plots, and Assassination Attempts—From FDR to Obama. It is available for order now from Amazon and Barnes & Noble.

In 2009, twenty-one-year-old Texan Timothy Ryan Gutierrez hacked into the websites of the U.S. Department of Defense and the FBI. “I wanted to see what was really going on,” he said. “There are 500 acres of encryption data [to go through], but I found a slip through it. There’s always a hole.” Gutierrez said he “didn’t think [the FBI] would actually find” the email message he left on its system.

Earlier that year, Gutierrez had emailed the FBI’s Washington office and announced, “I’m going to assassinate the new president of the United States of America. P.S., you have 48 hours to stop it from happening.” A second email threatened to blow up the Mall of America in Minnesota. Gutierrez said he had also rigged forty pounds of explosives to seven cars outside the mall. “Good luck thank you and God bless, you know the rest time is wasting,” he wrote. The vast Mall of America parking lot was swept for bombs.

When Gutierrez, who had been staying with his brother in Cortez, Colorado, was tracked down, he was interviewed by FBI agents and two Cortez police officers. Although both threats were taken seriously, Gutierrez was not arrested at the time. A few weeks later, after investigators had compiled sufficient evidence against him, a warrant was issued for his arrest and he turned himself in.

Gutierrez said the threat against Obama was just a prank. “I’m not mad about him becoming president, but he’s not doing what he said he was going to do,” he said. “He’s not doing anything for the lower class—just the middle and upper class. Medications are going up, not lowering and jobs are being lost. His actions are going to get him in trouble.”

In May 2009, Gutierrez pleaded guilty to “transmitting a communication,” threatening to kill President Obama and blow up the Mall of America in Minneapolis. Gutierrez was sentenced to four years of probation, with the first ten months in home detention with electronic monitoring. The judge ordered him to live with his mother in Andrews, Texas, and also ordered him to stay off the internet except to look for work.

This article on Timothy Ryan Gutierrez is from Mel Ayton’s Hunting the President: Threats, Plots, and Assassination Attempts—From FDR to Obama. Please use this data for any reference citations. To order this book, please visit its online sales page at Amazon or Barnes & Noble.