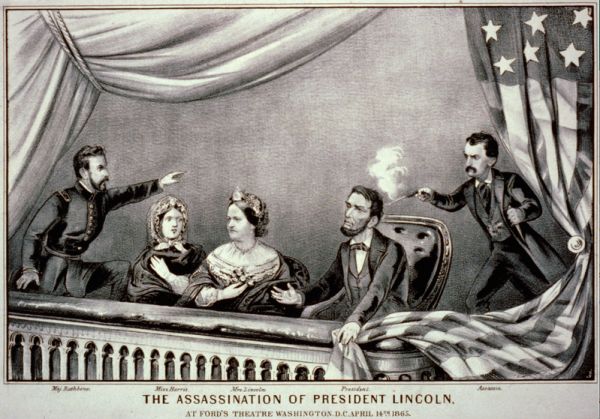 The following article on US president assassination attempts is an excerpt from Mel Ayton’s Hunting the President: Threats, Plots, and Assassination Attempts—From FDR to Obama. It is available for order now from Amazon and Barnes & Noble.

A 1999 Secret Service study found that American assassins embarked on US president assassination attemptss for a variety of reasons, including: to bring attention to a personal or public problem, to avenge a perceived wrong, to end personal pain, to save the country or the world, to develop a special relationship with the target, or simply to make money. “None [of the assassins or would-be assassins] were models of emotional well-being,” the report concluded. Many of the people studied for the report were experiencing or had experienced serious mental health issues: 44 percent had a history of depression, 43 percent a history of delusional ideas, and 21 percent heard voices. But, as Robert Fein, coauthor of the study, said, the way these people sought to address what they saw as their main problems—anonymity and failure—was not inherently crazy.

The report also found that “notoriety” appeared to be an important motive for many would-be assassins. “These are lonely, alienated people who suddenly see an opportunity to become celebrities,” Dr. Judd Marmor, president of the American Psychiatric Association, said following the attacks on President Ford. “Publicity gives them an ego massage.” Randy Borum, a professor at the University of South Florida who has worked with the Secret Service, said, “If the objective is notoriety or fame, [assassination is] the most efficient instrumental mechanism by which to achieve that. I don’t mean to be flip about that, but a public official is likely to bring them a substantial amount of recognition instantly, without having to achieve something.”

As John Wilkes Booth, the most famous presidential assassin of all, put it when he shot Lincoln: “I must have fame, fame! . . . What a glorious opportunity for a man to immortalize himself by killing Abraham Lincoln.” Charles Guiteau became excited at the attention he was about to receive when he assassinated President James Garfield. “I thought just what people would talk,” he said, “and thought what a tremendous excitement it would create and I kept thinking about it all week.” Would-be FDR assassin Giuseppe Zangara went quietly to the electric chair and only lost his composure when he discovered there were no photographers present. Sirhan, who wanted to be an Arab hero to the Palestinian people, said, “They can gas me, but I am famous. I have achieved in one day what it took Robert Kennedy all his life to do.”8 Arthur Bremer said at his trial that his motive was to become a celebrity. Edward Falvey, who threatened to kill President Carter, felt like a “movie star.”

Nearly all assassins and would-be assassins were, to put it plainly, failures. “We got this psychological profile that was supposed to help us spot a would-be assassin,” former Secret Service agent Marty Venker once wrote. “It was distilled from the profiles of everybody from John Wilkes Booth to Sirhan Sirhan. History’s most famous failures—you got to know their miserable lives by heart.”

Most were also motivated by real or imagined grievances and saw killing “the leader of the free world” as a way to catapult into the history books. Leon Czolgosz, a man who despaired of his lowly position in life and who assassinated President McKinley in 1901, had an alias, “Fred C. Nieman” (literally Fred “Nobody”). James Garfield’s assassin, Charles Guiteau, “had failed at everything he ever tried,” author Candice Millard wrote, “and he had tried nearly everything.”10 Both Kennedy assassins, Oswald and Sirhan, had been fired from jobs because of their disagreeable personalities. Would-be Nixon assassin Samuel Byck blamed political corruption, and Nixon in particular, for his marital and financial problems. Arthur Bremer, who first stalked Nixon before targeting Governor George Wallace, was a disgruntled busboy and janitor and a failure in his personal relationships. “Life has been only an enemy to me,” he wrote in his diary. John Hinckley, another failure, lived in the shadow of his successful father. He failed to hold down a job and was an unsuccessful student. Australian opposition leader Arthur Caldwell’s would-be assassin expressed it best when he said, “I realized that unless I did something out of the ordinary, I would remain a nobody.

Gerald Ford’s would-be assassins, Sara Jane Moore and Lynette “Squeaky” Fromme, were also failures in life. By 1975, Moore had suffered five broken marriages and borne four children, three of whom had been adopted by her parents. Lynette Fromme was a high school dropout who never worked a day in her life except to try to persuade the authorities to release her hero, Charles Manson, from prison.

Many presidential threateners also believed that they had exceptional qualities that society failed to recognize. Guiteau believed he was “a man of great distinction and promise.” Bremer believed he was “as important as the start of World War II” and that his diary “will be among the best read pages since the scrolls in those caves.” Oswald imagined his future involved becoming a famous revolutionary and future prime minister of Cuba.

Many would issued their own US president assassination attempts were “copycats,” obsessed with assassins from the past. Some borrowed books from libraries or visited the scenes of famous assassinations. Giuseppe Zangara kept a newspaper clipping of the Lincoln assassination in his hotel room. Lee Harvey Oswald read books about the assassination of Louisiana governor Huey Long. Sirhan Sirhan read books about Oswald and European assassinations. John Hinckley not only visited Ford’s Theatre, the scene of Lincoln’s assassination, before he attempted to kill President Reagan, but also read extensively about Oswald, Sirhan, and Bremer and had a bibliography of published materials on the JFK assassination. Shortly before he attempted to shoot President Clinton, Francisco Martin Duran visited the Texas School Book Depository in Dallas, scene of the sniper killing of JFK, and checked into the Washington, D.C., hotel where Hinckley shot Reagan.

This article on US president assassination attempts is from Mel Ayton’s Hunting the President: Threats, Plots, and Assassination Attempts—From FDR to Obama.. Please use this data for any reference citations. To order this book, please visit its online sales page at Amazon or Barnes & Noble.