What is an Anachronism? 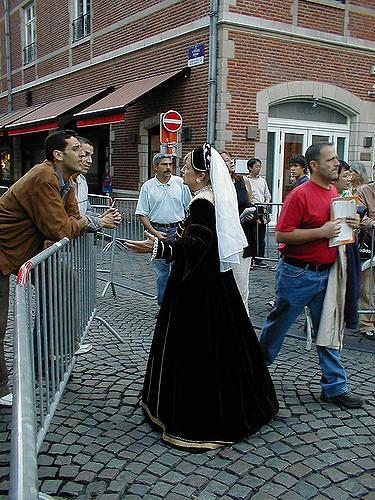 An Anachronism is Something Placed in the Wrong Time Period

An anachronism, simply described, is something belonging or appropriate to a period other than in which it exists. This is particularly true for items conspicuously old-fashioned but it can also apply to futuristic items set in period pieces. Most anachronisms are there by mistake but some genres such as steampunk intentional mash up different eras.

Such mistakes appear frequently in fiction, whether through novels, films, television, or even in online productions. Mistakes also appear in mosaics, paintings, and book illustrations. They are often the result of not researching a topic well, but this is not always the case. Anachronisms can be the simple result of cultural biases against a historical period or lack of information about the era.

To state a simple example: a writer could refer to William the Conqueror phoning London. As the telephone was not invented until 1867, this would be an anachronism.

Or, a painter might paint a picture showing people cooking their dinner on an electric cooker in 1450. As electricity was not invented until the late nineteenth century, this would be an anachronism.

A more pernicious example is the theory that medieval peoples believed the earth to be flat. This is a wholly invented fiction created by Washington Irving when he wrote his biography of Christopher Columbus. He realized that the explorer’s greatest achievement—discovering the North American continent and managing the return voyage—was a colossal accident owing to his poor calculations. To make Columbus a better hero of his story, Irving cooked up a story of Ferdinand and Isabella believing that he would fall of the earth entirely.

Other anachronisms can be the result of simple directorial oversight. For example: a film director making a film about the Victorians might, by accident, film an aeroplane in the sky. More often wrist-watches can be found on extras for a period-piece film set in the Wild West or even the Roman Empire.

Or, the sound recordist might, by accident, record the sound of a mobile phone ringing. As mobile phones were not invented until the late twentieth century, this would be another example of an anachronism.