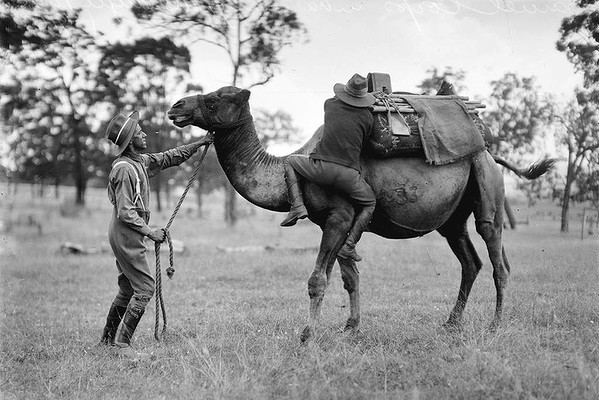 Welcome to the first episode of the History Unplugged podcast. We are kicking things off by exploring the US Army’s failed experiment of using camels as the military’s main pack animal in the American Southwest.

Camels are more than a zoo curiosity that spits on you in front of a field trip of first-graders. They are more than the mascot of your favorite cigarette brand.

Camels were the long haul-truck of the ancient world. They created the global economy and the spice road. Were you a Roman Senator you want cinnamon from Sri Lanka or nutmeg from Indonesia? It came to you by camel. Were you a Chinese emperor who wanted gold, henna, storax, frankincense, asbestos, cloth, silk gauze, silk damask, glass, and silver from Arabia? A camel brought it to you.

But did you know that America almost chose the camel as its preferred method of long-distance travel in the early nineteenth century? Before railroads or long-distance trucks, some Americans dreamed of millions of camels flooding the Southwest to make desert crossings easy and safe.

A Secretary of War named Jefferson Davis thought the plan would work. He dispatched an Army Officer to the Middle East to purchase several dozen dromedaries and hire a few cameleers. Thus the U.S. Camel Corps was born.

To listen to a country song inspired by one of the cameleers, Hi Jolly, click here.

This is the first episode of History Unplugged. It celebrates unsung heroes, mythbusts historical lies, and rediscovers the forgotten stories that changed our world.

There are two sorts of episodes that we feature on the History Unplugged podcast: the call-in show and author interviews.

For history lovers who listen to podcasts, it is the most comprehensive show of its kind because it’s the only one that dedicates episodes to both interviewing experts and answering questions from its audience. It features a call-in show where you can ask our resident historian (Scott Rank, PhD) absolutely anything (What was it like to be a Turkish sultan with 4 wives and 12 concubines? If you were sent back in time, how would you kill Hitler?) and long form interviews with historians who have written about everything—and I mean everything—including gruff World War II generals who flew with airmen on bombing raids, a war horse who gained the rank of sergeant, and presidents who gave their best speeches while drunk.

For the call-in show it features an actual history question submitted from a listener just like you. I (Scott) will answer your question in 5-10 minutes. You can submit your questions to me by going here.

You can ask me anything. What did the Vikings eat? What was it like to be a Turkish sultan with 4 wives and multiple concubines? If you were sent back in time with your current knowledge, how would you conquer the Roman Empire? What would be the best way to assassinate Hitler?

The second sort of episode on our podcast is the long form interview (40 minutes – 1 hour) with top history book authors. These authors have written about everything—and I mean everything—including gruff World War II generals who flew with airmen on bombing raids, a war horse who gained the rank of sergeant, and presidents who gave their best speeches while drunk.

I sit down with them and go in-depth on their topics. So far I’ve been blown away by the stories I’ve heard.

Here are some of our guests lined up in the next few days.