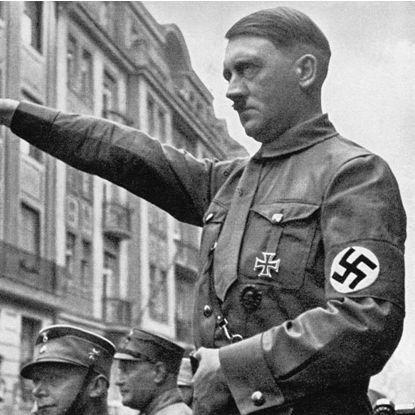 The horrors of the Holocaust are as vivid now as they were in 1945 when the world discovered the horrors of Nazi Germany’s atrocities. But why did Hitler hate the Jews so vehemently? Furthermore, why did he shift precious resources away from the war effort and toward the erradication of an ethnic group that posed no military threat to Nazi Germany?

To answer this question I called up Richard Weikart, a scholar of 20th century Europe and author of the book Hitler’s Religion. Check out Richard’s book by clicking here.

Richard Weikart is a professor of modern European history at California State University, Stanislaus, and Senior Fellow at the Discovery Institute’s Center for Science and Culture. He has published numerous scholarly articles, as well as five previous books including The Death of Humanity: and the Case for Life (Regnery, 2016) and From Darwin to Hitler: Evolutionary Ethics, Eugenics, and Racism in Germany.

He has appeared in several documentaries, including Expelled: No Intelligence Allowed. In addition to scholarly journals, his work has been featured and discussed in the Washington Post, the Philadelphia Inquirer, National Review, Christianity Today, World magazine, BreakPoint, Citizen, various radio shows, and other venues. Weikart lives in Snelling, CA, with his wife and children.