Adolf Hitler: How Did He Come To Power? 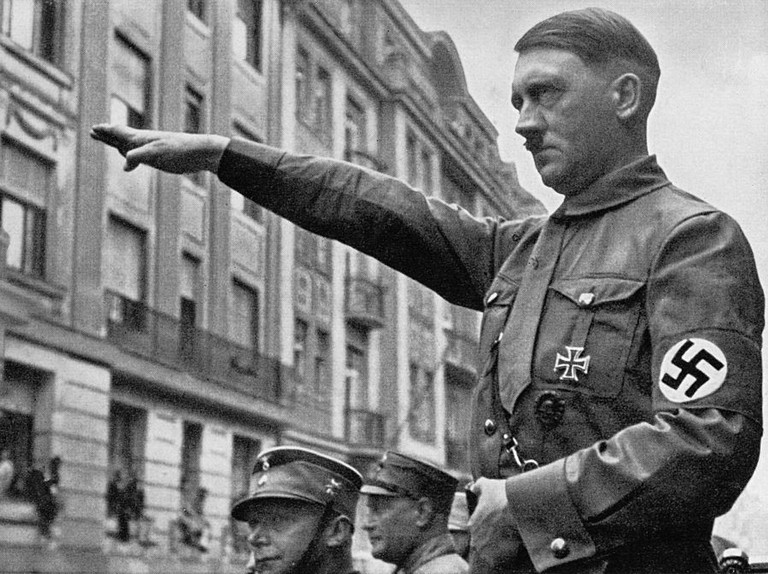 Adolf Hitler is a name that immediately summons the image of pernicious and radical evil. However, just as it takes a village to raise a child, it also takes a country to raise a dictator. Hitler’s rise to power is a saga that includes the complicity of many, the help of some, and an infamous political purge. Hitler’s evil has become so ubiquitous and self-evident that our friends over at Parthenon podcasts recently held a roundtable discussing who would one kill and why they held the proviso that no one on the roundtable could say Hitler because that is the boilerplate name that everyone would say. You can find that podcast here!

The story really begins back in 1919, when a young Adolf Hitler, fresh out of the German army at the end of World War 1, joins the German Workers’ Party. Having previously been an intelligence officer who was monitoring the German Worker’s party, Hitler found a growing admiration for the party’s nationalistic and anti-Semitic ideas. He became especially fetch by the party’s founder, Anton Drexler, who invited the 30-year-old Hitler to join the party after having been impressed by his oratory abilities. Thus, Hitler became a member of the German Worker’s Party.

Following the abdication of Kaiser Wilhelm and defeat in World War One, the government of the new German Weimar Republic was forced to accept the terms of the Treaty of Versailles, which included the payment of reparations to the allies of 6,600 million.

The repayments led to a devaluation of the German mark against foreign currencies and to hyperinflation in Germany. In 1923, when Germany defaulted on its repayments France occupied the Ruhr industrial region of Germany.

With popular feelings against the government, Hitler believed that the time was right for his National Socialist German Workers’ Party (Nazi Party) to overthrow the government.

On 8th November with the support of other Socialist groups, and former World War One General Ludendorff, Hitler ordered 600 of his Stormtroopers under the command of Herman Goering to surround a Beer Hall in Munich where Conservative politician Gustav von Kahr was making a speech to 3,000 people. Also present were the local army commander, Lossow, and the Bavarian police chief, Seisser. At about 8.30 pm Hitler entered the hall, stood on a chair, and fired a pistol shot into the ceiling. He announced to the crowd that the revolution had begun then ordered von Kahr, Lossow and Seisser into an adjoining room. After about ten minutes the group returned to the hall and Hitler announced that he had the support of all three men. When the meeting ended, Hitler immediately began planning his takeover of Munich. Von Kahr, Lossow, and Seisser went straight to the authorities.

The next morning Hitler and 3,000 Nazi supporters began a march on Munich. However, it soon became apparent that the authorities had been alerted when they encountered a roadblock manned by 100 armed police. Shots were fired killing sixteen Nazis and four police officers. Both Hitler and Goering were injured and ran to take cover. Other Nazis also ran. Ludendorff however continued to march on, he later branded Hitler a coward and refused to have anything more to do with him.

Hitler was arrested on 12th November and charged with treason. He was found guilty at his trial in February 1924 and given a five-year prison sentence. While in prison Hitler wrote his famous book Mein Kampf.

What Was The Night Of The Long Knives?

According to Britannica.com, By the end of May 1934, Hitler had been chancellor for 16 months and dictator for 14 (under the Enabling Act of March 24, 1933), but two obstacles to his absolute power remained. First was his old comrade Ernst Röhm, chief of staff of the SA (Sturmabteilung; German: “Assault Division”), or Brownshirts. Röhm wanted to have his troops incorporated into the new Wehrmacht that was being prepared to take the place of the Reichswehr, despite the fact that the conservative-minded generals were resolutely opposed to any such contamination of the army by the SA. Second, German Pres. Paul von Hindenburg was still alive and in office and, if he wished, could have stopped all of Hitler’s plans by handing power over to the Reichswehr. Hitler, knowing that military strength was necessary for his foreign policy and that antagonizing the generals could be fatal to himself, decided to sacrifice Röhm.

(See Main Article: What Was The Night Of The Long Knives?)

Also called “Operation Hummingbird” or the “Rohm-Putch,” the Night of the Long Knives was an event during which Hitler’s SS troops committed a series of political murders to rid Hitler of possible political threats. These murders of the leaders of the SA faction of the Nazi Party as well as prominent anti-Nazis took place between 30 June and 2 July 1934.

During the Night of the Long Knives, many of the people who were killed were the very people who have been loyal to people and helped put him in power. Why murder them then?

The answer is mostly fear and jealousy. Other Nazi leaders such as Heinrich Himmler and Herman Goering were jealous of Ernst Rohm and the power he had. Rohm was in control of the SA, an army larger than that of the German government and there were fears that Rohm and other leaders took the “National Socialism” propaganda from the early Nazi times too seriously. This would foil Hitler’s plans to suppress worker’s rights in order to get in control of the German Industry and prepare Germany for war.  To further convince Hitler of the necessity of the purge, Rohm’s opponents manufactured evidence that he was planning to overthrow Hitler.

Hitler only announced what had happened on July 13 and called it the “Night of the Long Knives” after a phrase from a Nazi song. He claimed that 13 people were shot while resisting arrest and 61 executed for treason, but some have said that it may have been up to 400 people who were killed. Hitler justified himself for not relying on the court system by saying that he, himself had become the supreme judge for Germany.

Why Did Hitler Hate Jews? We Have Some Answers